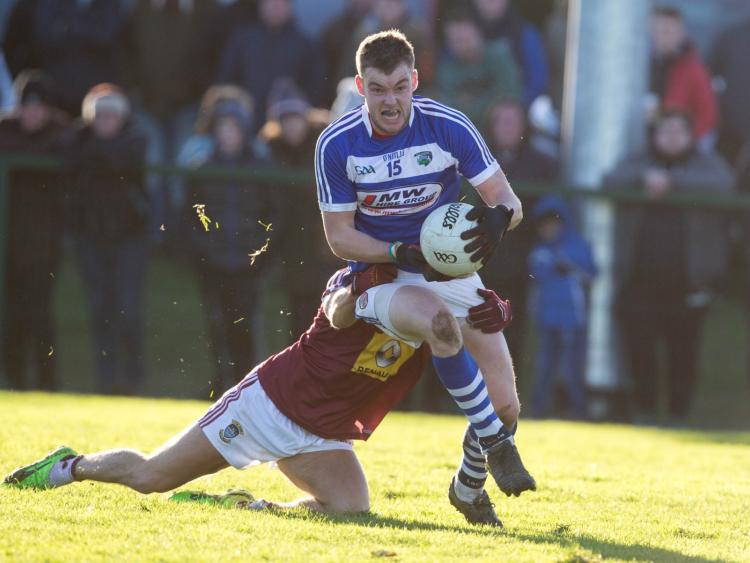 An O'Byrne Cup game in the early days of December is hardly the stuff a player will have dreamt about, but for some it is the first step on the road to realising grander dreams.

For Eoin Lowry, a man with abundant talent but limited opportunities to showcase it, competitions like this offer the chance to implant himself into the thoughts of John Sugrue and his management team.

He is only too aware of that as well, and that is why he is looking forward to playing a game at an unconventional time of year.

“Hopefully this year without the colleges, and if I can keep injury free, I’ll get a good chance, but look, there are lads there who are ahead of me.

Lowry did feature last year, scoring in the league final win over Carlow and getting some valuable game time under his belt, but he knows he needs to get more.

When he does make it back onto the field, he will be met with the new rule changes, and he is unsure so far of what to expect. “We haven’t really looked at it yet because we didn’t know whether it was coming in or not.

“The hand-passing one mightn’t do well for the forwards. When you’re going through on goal, you’re after going three hand-passes, and you’re trying to make space for yourself….. The mark, I don’t know, but we have big Donie (Kingston) there and Evan (O’Carroll) as well, so that might be a help to us, kicking in the ball high to them and taking a free.

“I haven’t personally looked at them myself because we haven’t done it in training but we’ll give it a go and we have to do what we have to do.”

While the new rules are the current hot topic of debate, there are also calls to streamline the GAA calendar. Too many competitions run up against each other, and having played Sigerson Cup with UCD in recent years, Lowry is only too aware of the pressures placed on some players at this time of year. “You're pulled from two different teams, you're doing different training, you're training at different times.

“For Sigerson, you're trying to peak for January or February, whereas with Laois you're looking towards June or July, and if you miss one or two training sessions you're falling behind with the lads, and it's hard to keep up.

“The Sigerson is an enjoyable competition and I had a great time playing with different players from different county's, but it is definitely difficult and I think the fixtures need to be looked at for the O'Byrne Cup and for the Sigerson as well.”

A competitive game at this time of year is not the norm for the modern intercounty footballer, but with so much emphasis on fitness training at this time of year, that a game offers a welcome respite. “You're wearing a Laois jersey at the end of the day, you're playing Meath in O'Moore Park, and you don't really want to be anywhere else on a Saturday night.

“You're playing with your friends, you're after getting through a lot of the hard fitness work before the O'Byrne Cup starts, you're a playing competitive game which is obviously enjoyable, that's why we're doing it.”

After what was a year of progress for Laois in 2018, Lowry knows the emphasis has to be on kicking on from here. “Well 2019 is a completely different year, different coaches, different set up, different players, so we’re just going to focus on next week because it’s a big game.

“The way we looked at it last year every game was important, so yeah, we’re looking to improve on 2018 but the next game is always the most important one.”