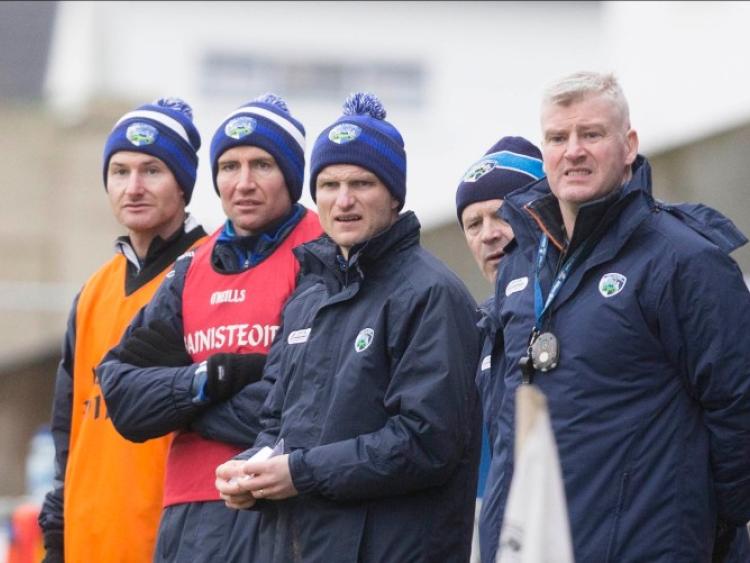 Laois senior hurling selector Tommy Fitzgerald is looking forward to how his side fare in the upcoming NHL Division 1B after a strong run up to this Sunday's opener with Galway.

Fitzgerald answered Eddie Brennan's call to get involved, and he has been delighted with the application of the squad in recent weeks. “We're going very well since Christmas, it's the same every year, things always pick up after Christmas.

“The attitude and application has been excellent, we're happy with how everyone is committing to it, they are really applying themselves to it over the last couple of weeks. With the league on the horizon now, you can see a pick-up in training, so I think we're in a good place at the moment.”

Laois prepare for this Sunday's game after a turbulent winter, which saw Ross King opt off the panel, Cahir Healy throw his lot in with the footballers, and the likes of Leigh Bergin and Dwane Palmer also opt out.

It has been a tough first season involved for the management team, but Fitzgerald was keen to prioritise the players who were involved, rather than those not there. “To be honest, we have a panel of 34 lads here now, and we have 34 lads that are really training hard and who are applying themselves brilliantly and are rowing in behind the panel and want to hurl with Laois.

We're delighted with who we have at the moment, so that's what we're working with

“We're delighted with who we have at the moment, so that's what we're working with, we're trying to improve every day we go out and trying to represent the jersey as best as we can.”

Fitzgerald is keen to see this Laois panel progress their form in training into the national leagues, where Laois need to perform to the best of their ability in every game if they are to be competitive. “I think lads have really bought into things over the last few weeks, what we're trying to do in training, what we're trying to get the lads to do on the pitch, and that's all we can ask for, and we'll see where it leads us.

“If we can apply ourselves in matches as well as we are applying ourselves in training, we'll become hard to beat and we'll hopefully start to move up the pecking order.”

A positive forward step for Laois would be to secure fourth place, finishing ahead of Offaly and Carlow, and so avoiding the relegation playoff, which they found themselves in last year.

The games against the two aforementioned counties will likely shape Laois' campaign, as they make up one mini-league within Division 1B, and Galway, Waterford and Dublin make up the other.

For Fitzgerald, however, no one game is more important than any other. “Probably looking in from the outside, that's the way you'd be looking at it (two groups of three), but we are just looking at Galway.
“Then you look at Waterford and then you look at Offaly. To be playing games at this level is a great challenge for all the players and all the squad, and there's no point in looking too far ahead, and I know that's an old cliché.

“We have Galway next Sunday week and I think all the players are really looking forward to it, they won't be holding back in that because they are thinking of a game two or three weeks down the line.

“They'll go full-throttle at that and we'll take every game as it comes and put out best foot forward every day, there's no point in planning too far ahead for these games.”

Read also: Laois GAA Digest - all the latest news from around the clubs of Laois