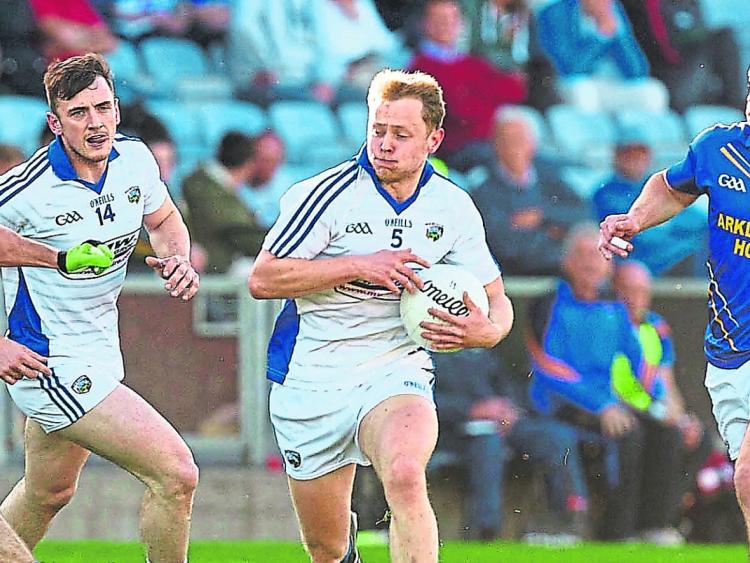 Unlike his fellow vice-captain Gareth Dillon, who only began to play inter-county football later on in his career, Timahoe man Damien O’Connor burst on to the county scene as an eighteen year old, and has been a mainstay on the team ever since.

He will know what it’s like coming onto a panel with players that have far more experience on the big stage, so he will be able to offer help to the younger players in that regard.

“So I see those lads coming in now with the same drive and hunger that I have and had. They are not holding back, they are all putting their hands up and they are good enough to take a place on the team

While he was satisfied to an extent with how the year turned out, he was quick to point out that there’s a mountain of work ahead if Laois are to have another successful year. “Last year was a good year but we were Division 4.

“No disrespect to anyone in Division 4, but it is the bottom tier of football in the country. So I don't think it is anything to be getting too excited about or anything. We have an awful lot to work on still.”

Unlike under previous set-ups in recent years, where there appeared to be plenty of discontent among players, Sugrue looks to have a committed and focused panel to work with. "It is a happy camp. Everyone enjoys it and is happy coming to training which makes it an awful lot easier.

“If you are coming training dreading the thoughts of it, then you are at nothing. Everyone seems to get on well together both on and off the field. I suppose that helps then when we go out to play matches, because we are all so tight knit."

After his continued service to Laois down through the years, O’Connor was chosen as vice-captain alongside the aforementioned Dillon, but there’s plenty of experience in the dressing room to help them along.

“I know we are the ones that are named as captain and vice-captain, but there are so many different leaders there. It is a player driven team and it doesn't come down to any one or three individuals in this case to drive it. This title (vice-captain) means nothing. Nothing changes and we still go about our business as we would have before."

Read also: GAA Digest - all the latest news from around the clubs of Laois