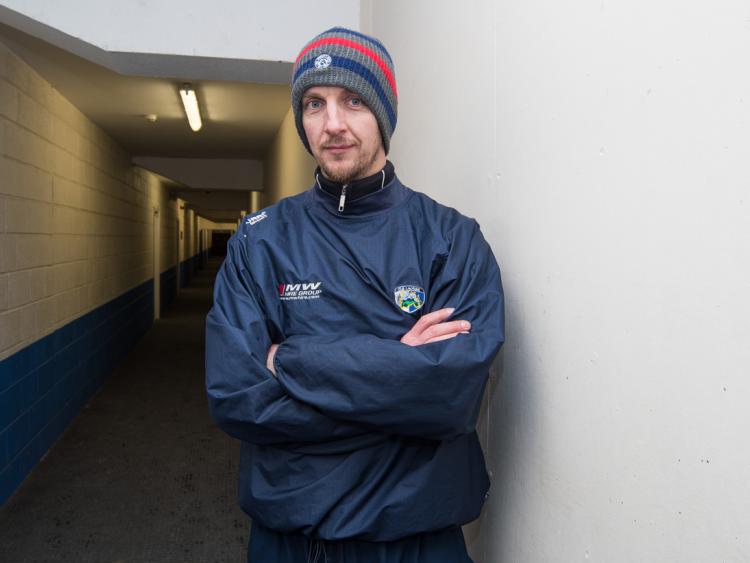 After a first year that rediscovered some of the hope that Laois teams carried once upon a time, Kerryman John Sugrue is ready for his second year with the county, and will be hopeful for another equally successful league campaign, albeit in a higher and more competitive division.

Sugrue recognises the challenges that lay ahead, and knows his team will need to improve from last year. "The team has got to move on, we have to be better than we were last year and we’ve got to be innovative a small bit, add a little fastness to our play.

"We got out of Division 4 last year, but at times we didn’t look particularly convincing in some games. When you go up a level you certainly need to be more convincing than you were last year.”

They’ve come down from Division 2 last year, we’ve gone up from Division 4, so there are two teams that played at different levels last year and it’s definitely a huge challenge for us.

“It’s not an easy start. I went through the game where we lost home advantage and it’s been well discussed at this stage. There’s no need to really go in to that too much more, but it definitely puts us at a slight disadvantage.

"Down away is our first game, that’s our real priority now. Down are a football county, they’ve got a football tradition and have a number of All-Irelands to their record. They’ve come down from Division 2 last year, we’ve gone up from Division 4, so there are two teams that played at different levels last year and it’s definitely a huge challenge for us.”

“You can’t look into the McKenna or O’Byrne Cup because they’re preparatory competitions for the proper competitions. They’ve gone through their preparatory work no different to us. If you read a lot in to them results you’re not going to learn a whole pile of information.”

It was recently announced that the three handpass rule will be abolished, but new rules such as the attacking mark will remain. Sugrue gave his opinion on what’s in store; “There’s a touch of the Irish water about it, as in did we need to abolish it or did we need to relax it a small bit out to maybe five handpasses and allow teams a little bit of time to generate a little bit of play?

"I think the three just stopped teams developing a little play, but there’s no hiding from the fact that football, as a game, needs a little more footwork with the ball. We’re trying to play a bit of football.

"I think the attacking mark is going to become far more interesting now that the handpass rule is gone because you can create more opportunities. The mark will become an actual problem in the game because of that. Are teams going to hold on? God only knows what way that’s going to play out.”

Laois have been dealt with a couple of injury blows already this year, both long and short-term. “We’ve got a number of niggles. Colm Begley is struggling with his hip for a little bit now. Donie Kingston has been out sick all the week, so he didn’t travel to Kerry.

"Hopefully he’ll be back for training this weekend. Colm Murphy has missed a little bit with a thigh injury, but he’s back again thankfully, and then Trevor Collins picked up an injury with the college on Friday night. He got some pain in his hamstrings so he looks doubtful for next weekend.

"Brendan Quigley is making strides to come back. He’s making a bit of progress running wise, but it is early days with Brendan. David Conway’s out with a knee injury. Benny Carroll is out with a quad injury, long-term at this stage now. Hopefully in a couple of weeks we’ll see a good bit of progress with him.

"Brian Glynn is stepping out for the time being with a view to try and get himself right, and then we’ll see where he is once he gets to that position.”

As already pointed out, wing-back Trevor Collins picked up an injury playing for IT Carlow against DCU in the Sigerson Cup, and Sugrue hopes that the GAA have a look at the fixture congestion. “It’s been discussed to death. Young guys are in colleges, they get these scholarships and the scholarship almost contracts you to play with your college.

"Then there are young guys who want to play for their county, and I personally don’t think there’s anything wrong with wanting to play for your county. Yet a lot of pressure comes on to play for their colleges, and the GAA have set up the calendar that they don’t clash. It probably needs a little bit of work though.”