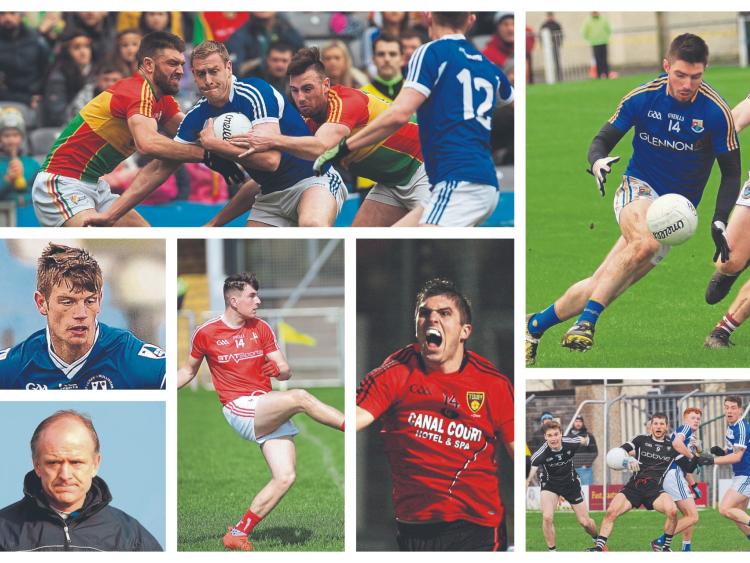 Team News: It's all very positive for Carlow at the moment. They have been promoted for the first time since the early 1980s and the mood in the county remains positive. Turlough O'Brien and Stephen Poacher and still at the helm, and will no doubt have plenty to say throughout this league campaign. Brendan Murphy is back in the mix after heading to the USA last summer, and they have no major injury concerns at the moment.

Prediction: They are not the most exciting team to watch, but they are effective and have a good mood in the camp, which is a massive bonus. Could be in the promotion mix when Laois meet them in the final round.

Team News: A lot of flux in the Down panel at the moment. New manager Paddy Tally has a superb record but this is his first solo gig at intercounty level. Shay Miller, Niall McPartland and Ger McGovern are missing from last year, the Burren players haven't been involved much, and they have a whole new set of goalkeepers for this year as well. Darren O'Hagan and Kevin McKernan are suspended for the Laois game, while Connaire Harrison is on his honeymoon.

Prediction: Much depends on how quickly they settle. Tally looks like a shrewd appointment and they will provide a serious test for Laois in their opening round. Will no doubt be in the promotion hunt.

Team News: Mullinalaghta's win was a huge boost for the county, but it means that eight of that panel are currently unavailable to new manager Padraic Davis. Their problems don't stop there either. Padraig McCormack and Conor Berry are injured, while Dessie Reynolds has stepped away to focus on exams. Barry Gilleran has retired, and Sean McCormack and Diarmuid Masterson have yet to confirm whether they will be involved.

Prediction: With everyone available they would be a dangerous side, but they are missing a lot of players at the moment, and avoiding relegation would probably constitute a good league campaign.

Play Laois on: February 2 in Croke Park (Round 2)

Team News: The new Louth manager Wayne Kierens has much the same squad to work with as his predecessor, Pete McGrath. Gerard McSorley is the only real absentee. John Clutterbuck and Sam Mulroy, both beaten county finalists with Naomh Mairtin, are two excellent players who will have to be watched closely in Croker on February 2. Derek Maguire is likely to miss early part of the league as his club, Dundalk Young Irelands, were in All-Ireland JFC semi-final last Sunday.

Prediction: Not much is expected from this Louth team within Louth, so it's hard to know how enthusiastic they will be for the NFL. They have some dangerous players but unlikely to be in the mix at the top of the table.

Team News: One of the first things John Maughan commented on when he took charge of Offaly was his surprise at the reluctance of some players to come into the panel. Brian Darby has retired, last year's starting midfielder Michael Brazil has stepped away, as have Sean Pender and Conor McNamee. Peter Cunningham should return from injury during the league, while Eoin Carroll is also on the way back from a knee injury. A number of Shamrocks players, Nigel Dunne among them, are back in after club commitments.

Prediction: Maughan's appointment was an interesting one, but it's hard to see them pushing for promotion this year.

Team News: In Sligo the biggest loss through injury is last year's captain Kevin McDonnell who has a persistent hip injury and is out for the year. Ross Donovan is also a doubt while David Kelly is unavailable due to work/family commitments. Student Red Óg Murphy recently departed for Melbourne and he will be a big loss. Niall Murphy takes over as captain and he was excellent in the FBD League scoring 1-8. New manager, former Sligo forward Paul Taylor, is keen to bring through some new players this year.

Prediction: The loss to Sligo in 2017 was a turning point in that campaign. A good side but definitely beatable, Laois should be targeting a win in Round 3.

Team News: If Westmeath had everyone available they would be a formidable side, but at the moment that is not the case. They expect John Heslin to come back in, but he is currently studying a PhD. He should be back during the league though. Paul Sharry, Ray and John Connellan and Kevin Maguire are all missing as well, while Jamie Gonoud is injured. In spite of that, they did well in the O'Byrne Cup. The mood around the new manager is good also with Jack Cooney, incredibly, the first Westmeath man to manage the county since 1992.

Prediction: If Heslin returns from his studies then they will be a dangerous opponent. If injuries hold off, they should still be pushing for promotion.

Read also: Sugrue wants to see Laois play at a quicker pace in 2019