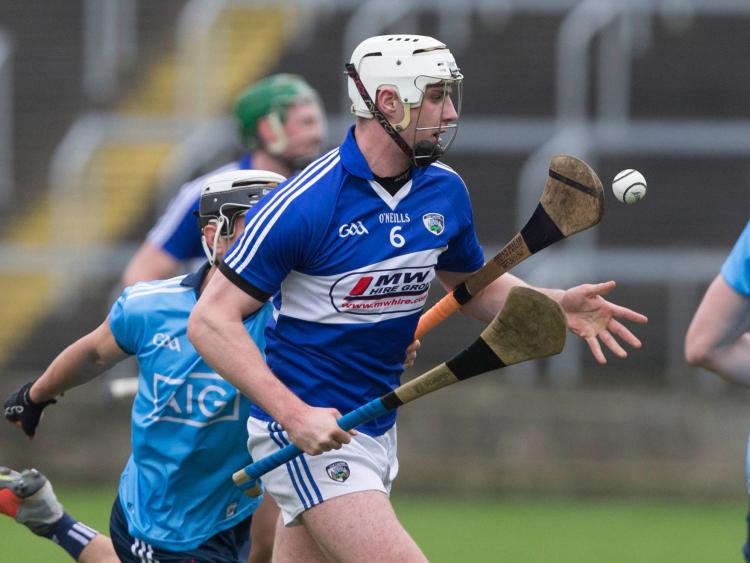 A herculian effort from the Laois senior hurlers came up just short in Parnell Park on Sunday, but they still advance to the quarter-finals of the NHL.

Eddie Brennan's side lead for most of the game in appalling conditions, but a late spurt from Dublin saw them get their noses in front at the vital juncture. Despite the result here, Offaly's win over Carlow mean Laois have a league quarter-final to look forward to.

The conditions made life incredibly hard for both teams, and that was seen from the opening whistle. Players found it hard just to remain on two feet, and we had to wait until the third minute for an opening score, as Sean Downey fired Laois ahead.

Mark Kavanagh then set up Aaron Dunphy for a second, and Dublin then opened their account through John Hetherton. It was Laois, with the breeze at their backs, who were pressing forward though and they were the better team for much of the first half. Cha Dwyer pointed from the left wing to restore their two point advantage, but Danny Sutcliffe and Sean Moran drew the Dubs level.

Laois were unfazed by Dublin's revival, and quickly went back in front when Willie Dunphy landed one from distance. Mark Kavanagh did likewise before Enda Rowland launched over a long-range free to become Laois' sixth scorer. Mark Kavanagh then got his second, as Laois moved 0-7 to 0-3 ahead.

The Laois defence was going heroic work to keep Dublin under pressure, and it was only through frees that they got themselves back into the game. David Treacy landed three frees without reply to get the home side within one, as Laois lead 0-7 to 0-6 at the break.

Dublin came out strongly at the start of the second half, as sub Oisín O'Rorke and then Shane Barrett put them ahead for the first time.

Laois responded well to Dublin's brief surge, and Paddy Purcell leveled the scores with a brilliant point from the left wing. Soon after, in a dogfight for possession on the Laois half-back line, Donncha Hartnett emerged with possession and started a counterattack then ended with a lovely point from Cha Dwyer.

Mark Kavanagh then landed a free to push the lead out to two, but Cian Boland and O'Rorke tied the scores once more. Laois had some mixed fortunes after that, with Mark Kavanagh first restoring the lead to make it 0-11 to 0-10, but Cha Dwyer was then shown a second yellow card, Laois were down to 14 for the last 13 minutes.

They managed to maintain their lead until the 65th minute, when two quick Danny Sutcliffe points put Dublin into the lead. Sean Moran then added a 65 to double their lead, and time was running out for Dublin.

Laois went looking for a goal, but it just didn't arrive, and Dublin held on for the win.