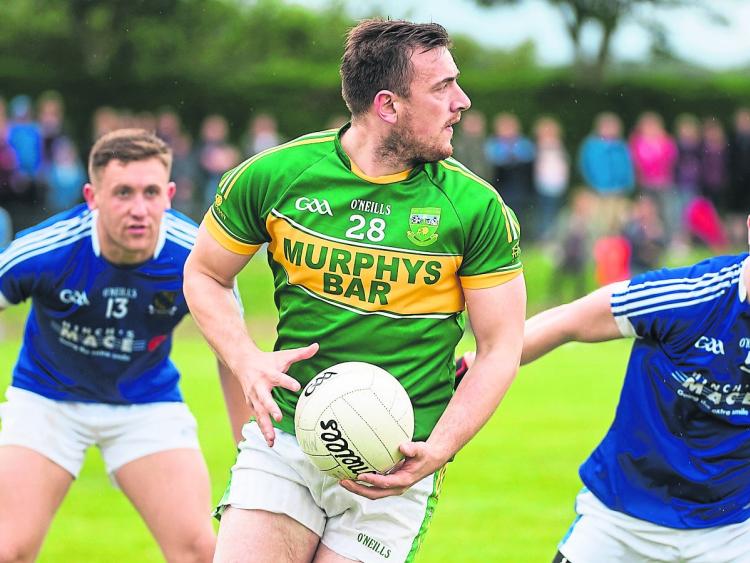 Ballylinan remain top of the Division 1B table following tonight's win away to Courtwood with a late goal turning the result in their favour, while Courtwood remain third.

Courtwood will be kicking themselves after they came close to taking another scalp this year, but ultimately a mistake at the back cost them.

This one was a slow burner, with Ballylinan leading 0-5 to 0-3 at the break. Gary Walsh scoring three frees to keep them on top.

The second half burst into life when Colm Wilson scored a penalty for Courtwood. Cathail Dunne went on to pull a goal back for Ballylinan, but Courtwood still led by the minimum with ten minutes left.

However, an error at the back cost them, and Gary Walsh capitalised to slot in Ballylinan's second goal, and they held on to claim a valuable win.