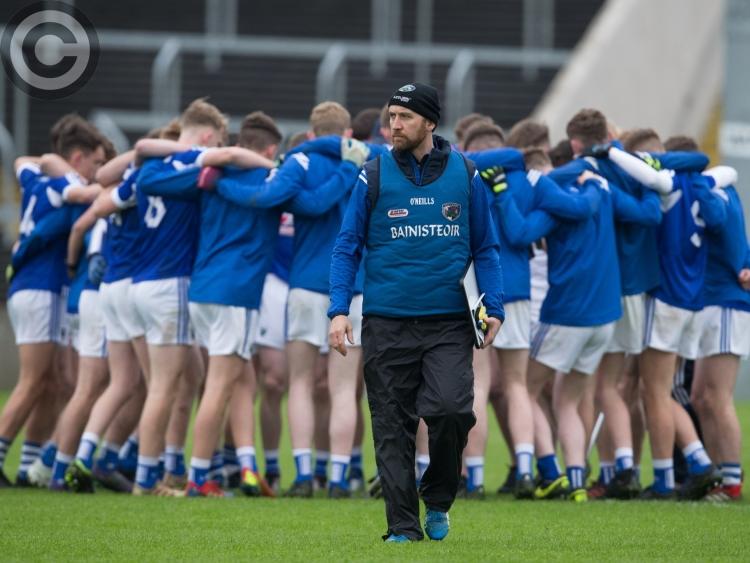 What a finish to this game. The Laois Minor footballers produced a remarkable second-half revival with three goals to steal the victory from right under Westmeath's noses.

The O'Moore men found themselves seven points down at half-time after an underwhelming first-half display where Westmeath raided the Laois defence for 1-5 in the opening seven minutes, in comparison to Laois's solitary point, but a brilliant individual goal from PJ Ward gave Laois a lifeline five minutes after the restart.

Westmeath were chomping at the bit from the throw-in, taking less than twenty seconds to register the first score with Dan Leech setting them underway. With less than a minute on the clock, the same man added his second with a super dummy to throw his marker and split the posts.

Laois posted a much-needed score to the board four minutes in when Arles-Killeen's Colin Dunne opened the Laois account with an effort from the right flank. Westmeath responded a beautifully struck forty-five from Luke Buckley that sailed righte over the black spot.

A misplaced hand-pass from the Laois goalkeeper Michael O'Connell saw Conor Gibney pick-up the stray ball and play it over the head of O'Connell for an easy finish for McGuaran to put Westmeath 1-5 to 0-1 clear inside ten minutes.

Laois settled into the game somewhat for the second quarter with two Brian Whelan frees returned by a McGuaran brace. Substitute Paul O'Flynn and Westmeath full-forward Devin Hill traded points right before the break as Laois went in trailing 1-8 to 0-3 with a big second half needed from Donncha Phelan's men.

McGuaran sent over a free two minutes after the restart, but Laois got a crucial life-line five minutes in when PJ Ward claimed a kick-out before taking off on an incredible run past a sea of Westmeath defenders to unleash a cracking goal.

Luke Buckley steadied Westmeath with a point, but Portarlington's Rioghan Murphy landed a lovely floated effort for the O'Moore men.

Laois goalkeeper Michael O'Connell redeemed himself with a great save to deny McGuaran, and then Laois pulled another goal back with fifteen minutes to go when Oisin Hooney rifled a sensational strike into the top corner from range as momentum fell Laois' way.

McGuaran sent over another free for Westmeath, but there was to be late drama in O'Moore Park as Colin Dunne converted a free for Laois before Eddie Critchley was hauled down on route to goal. The man who saved Laois in Round 1, Brian Whelan, stepped up to stroke the penalty into the bottom corner as Laois took a narrow one-point lead for the first time in the game with eight minutes to go.

Even more late drama would follow deep into injury-time as Westmeath bombarded the Laois back-line and had two late goals disallowed in an incredibly frantic finale, but the Laois defence held strong with a series of interceptions and blocks to hold out for a gutsy victory to leave them top of the group.