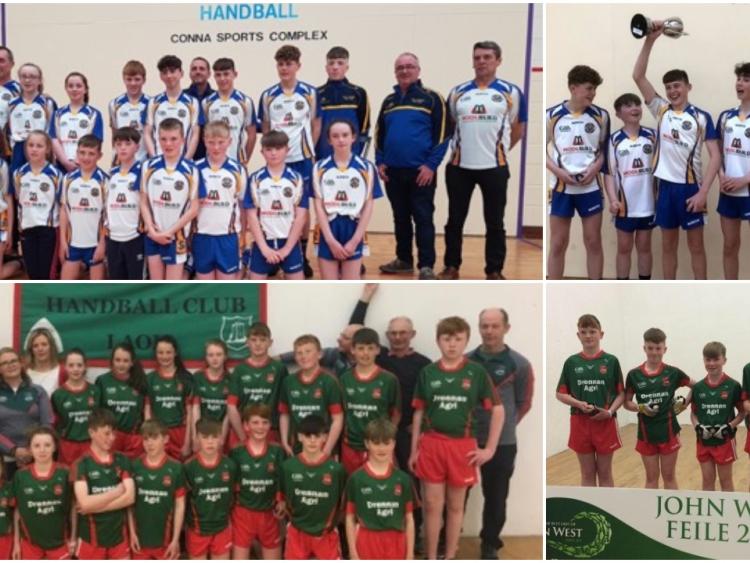 Laois GAA Handballers enjoyed a wonderful weekend of handball at the John West Féile na nGael this weekend in Cork venues. It was one of the largest Handball Féile events of all time with 78 teams from all over the country taking part with almost 40 boys and girls involved and over 350 games of handball played.

In the One Wall Clough-Ballacolla Players traveled to Conna Co. Cork.

In the Girls Division 1 Clough-Ballacolla got off to a flying start with winning their 2 opening games against Mayobridge, Co. Down 16-14 & 21-9. In Round 2 they met Laochra, Co Limerick. In this game Clough-Ballacolla easily won both games (27-02 & 31-0). The girls received a bye in round three which meant they secured a place in the semi final. The girls narrowly lost out in the semi-final to Mayobridge from Down. TeamL Brid Brennan, Elizabeth Pearson, Muireann Byrne, Niamh Ryan and Aoife Boyhan. 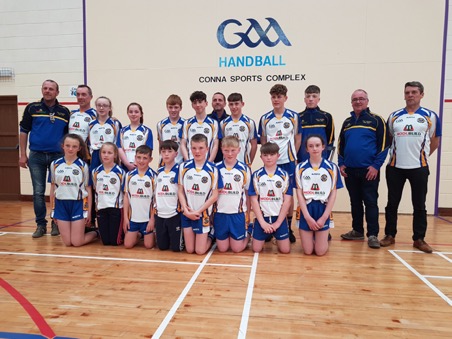 In the Boys Division 2 Clough-Ballacolla narrowly lost out on a semi-final place by one point in their game against Kilmallock of Limerick. Unfortunately, Jack Brady picked up an injury earlier in the week which meant this team was down one player. Team: Jim Hyland, Peter Rafter, Colm Brennan, Kevin Meade and Jack Brady.

In the Division one Boys competition all eyes were on Clough-Ballacolla, who had three players from last year's winning team playing. The boys got off to a flying start with a 21-12, 11-06 victory over Galway's Oughterard. In round two the boys comfortably saw off Millmount Co. Louth winning 21-07 & 22-06. In round three the boys met Kilmallock 1 from Limerick. This game in the more confined court which had lower ceilings so the boys changed their game style to suit with hard and fast style with all players making some really impressive kill shots. Clough-Ballacolla won both games 22-04 & 20-11.

In round four the Clough Ballacolla boys comfortably saw off Mayobridge, Co. Down with a 31-02 & 28-07 which meant they had topped their group by winning all games.

Gary Whelan then went on to win the Bronze medal in the Division one Skills event.

The Division 1 final was certainly the highlight of the day with a large crowd gathered to watch Clough-Ballacolla against Oughterard from Galway. The Galway boys had some familiar faces from last year's competition where they had beaten the Laois side. However, it was clear from the outset that the Clough-Ballacolla boys had improved immensely and were head and shoulders above all other teams. 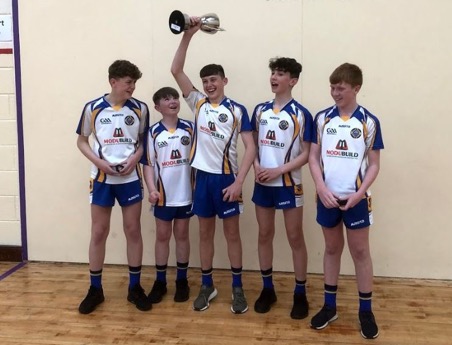 In the Four wall event Cullohill Handball Club had One Final appearance and the other three teams were in Shield Finals. Boys team 1: Martin Drennan, Liam Kirby, Jack Dunphy, Oisin Deegan and Justin Duggan were winners of the Division 5 Shield. 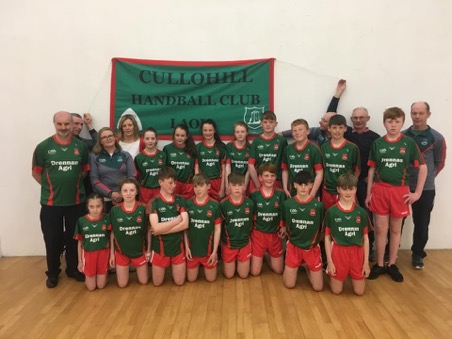 Boys Team 2 John Delahunty, Dona Deegan, Simon Comerford, Cormac Dunne and Ciaran Walsh were the stars of the day by reaching the Division 6 final only to finish as runners-up. 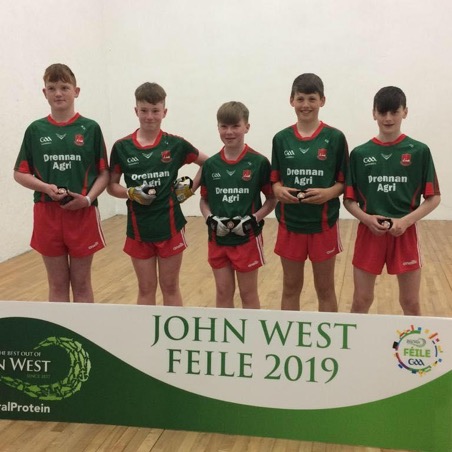 John Delahunty however showed his time in the court is paying off by winning the Skills Competition.

Girls Team 1 did remarkably well with such a young team in Division 1 with Eadaoin Whyte, Orla Brophy, Orla Holland, Catherine Kirby and Niamh Kelly reached the Shield Final. The girls are all eligible again next year so have gained valuable experience in the highest division.

Well done to all players. 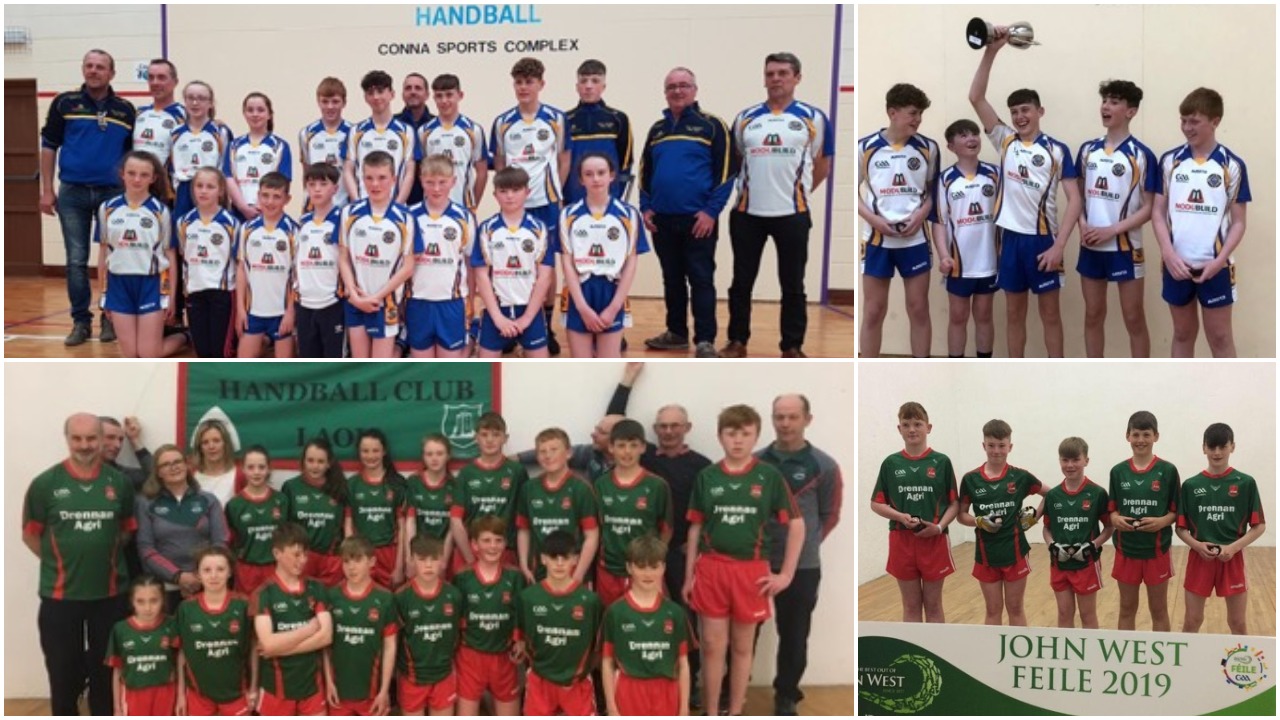