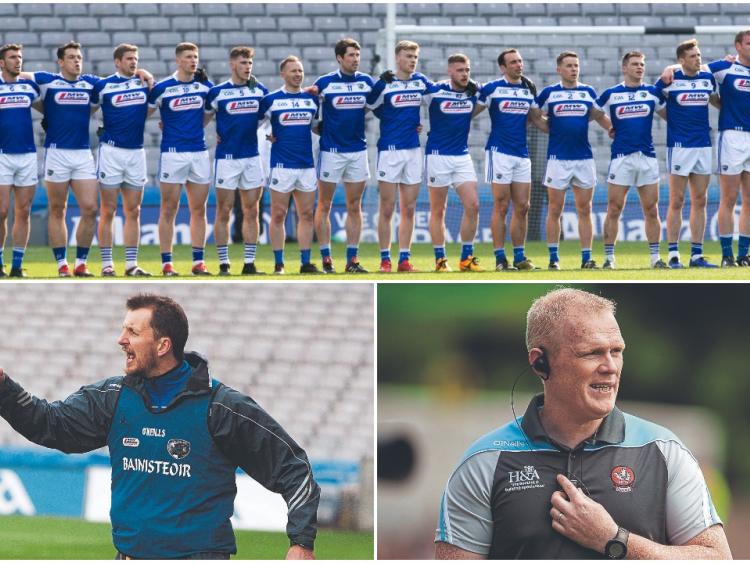 The Laois footballers don’t have much time to reflect over their third successive loss in Croke Park in 2019.

They bowed out of the Leinster Championship at the semi-final stage with an eleven-point loss to Meath, and they now face the unenviable task of heading up to Owenbeg to play a resurgent Derry side in the Qualifiers.

In John Sugrue’s second year at the helm the Laois footballers secured back-to-back promotions from Division 4 to Division 2 where they will compete next year. While their loss to Meath two weekends ago was disappointing, Laois football is still going in the right direction.

Saturday's trip to Derry will be a true test of how far this team has come.

We hit our lowest ebb in April 2017 with a one-point loss to Offaly in Peter Creedon’s final game in charge, condemning us to Division 4 football for the first time in over fifty years. It was over a decade in the making and results finally bottomed out, paving the way for John Sugrue.

The Renard man lifted Laois from Division 4 straight to Division 3 in his first year, claiming the Division 4 title with victory over Carlow before guiding his charges to a Leinster final appearance against Dublin following wins against Wexford (AET), Westmeath and Carlow once again.

Of course Dublin batted away the Laois challenge sending Sugrue’s men to Round 4 of the qualifiers where Monaghan had five points to spare.

Division 3 football was a step up in 2019. Laois opened with a hard-fought six-point win over Down in Newry, but then experienced their first Croke Park loss of the year having lost home advantage due to their breach of the training camp rules.

They suffered a ten-minute collapse in the early stages against Louth that saw the Wee County hit three goals and Laois reduced to fourteen-men. They went on to beat Sligo before falling to Jack Cooney’s Westmeath, followed by wins against Longford, Offaly and Carlow to seal promotion to Division 2.

Westmeath awaited in the League decider and Cooney’s men overturned a wasteful Laois side once again. Laois kicked 15 wides and an uncharacteristic error from Graham Brody gifted Ger Egan the deciding goal. With promotion secured for both sides it was merely a dress rehearsal for the Leinster quarter-final seven weeks later.

When the sides met again at O’Connor Park, Laois ground out a result to emerge with a two-point victory - Evan O’Carroll enjoying a stand-out year to lead the forward pack with an eight-point haul with Donie Kingston confined to a ten minute cameo from the bench. It may have left it at 2-1 in the trilogy, but Laois performed when it mattered the most on the Championship stage.

The victory came at a cost though as Laois lost veteran full-back Mark Timmons to a broken hand eight minutes in, and centre-back Colm Begley limped off a minute before the end with an achilles injury that would rule him out of the Meath game - their presences sorely missed. Both are set to miss Saturday's trip to Down.

Laois’ return to Croke Park was not a successful one. The score read 0-1 to 0-0 after fifteen minutes of football, Evan O’Carroll opening the Laois account a minute later. Having dragged us over the line against Westmeath the misfiring O’Carroll was hauled off thirty minutes in with Donie Kingston emerging from the bench, providing a spark that was lacking.

Meath hit two goals in the seven minutes before half-time from Bryan Menton and a Mickey Newman penalty to storm into a lead they never relinquished. Laois had four goal chances in the second-half, three arriving in the fifteen minutes after the restart when just three points separated the sides.

Laois had periods in the match where they held all the possession, but they lacked a scoring edge. The gap of eleven points in the end would indicate a difference in class between the sides, but that wasn’t the full story. The main difference between the teams was their ability to finish.

Laois could, and probably should, have hit the Meath net on four occasions in the second-half. Three of those opportunities came within fifteen minutes of the restart, before Meath had even reopened their account for the half. When they did, there was just three points separating them.

Sugrue isn’t someone who’s afraid of making changes, and training should be competitive at this time due to the amount of positions up for grabs. Laois have only scored eleven and twelve points respectively in the last two games, and it seems unlikely they’ll beat Derry scoring a similar amount.

Donie Kingston was impressive when he came on the last day, taking his four points well and bringing a much-required calmness to Laois’s play. It’s uncertain whether he will start the next day, and it will be interesting to see if Sugrue starts both Kingston and O’Carroll, or picks one and leaves the other as an impact sub.

Laois will need to live a little more adventurously going forward, and you feel Evan O’Carroll and Donie Kingston will need big games.

Saturday’s game will give an indication of how far Derry have come, or where their rehabilitation project is headed. Up until now, the pages of their 2019 chapter haven’t brought any element of surprise.

There were a few wobbles along the way. A battle to get out of Corrigan Park. A similar scrap from the Deise clutches in Fraher field and a comprehensive second-half in Limerick to seal promotion.

Despite squandering enough possession to win a game on its own, they navigated safely the buzz of energetic and expectant Leitrim to land the division four crown at Croke Park.

It was a redemption of sorts.

In Healey Park, Shane McGuigan and Enda Lynn spearheaded a series of body blows on All-Ireland finalists Tyrone and when Christopher Bradley’s point put Derry into a slender lead, the word ambush began to take on a new meaning.

With the flick of Richie Donnelly’s hand, Derry’s world came crashing down. They pushed up on Niall Morgan’s kick-out. He was forced to go long and when Niall Keenan and Enda Lynn jumped for the same ball, the farm was sold.

The unmarked Frank Burns got his hands on the leather and setup Darren McCurry for a hammer blow.

Derry had given Tyrone a game, but didn’t have the depth to finish it off.

The qualifiers threw up a trip to Wexford, where Benny Heron, Ryan Bell – like they did in the league – tore them to sheds. Throw in Shane McGuigan, Ciaran McFaul and Chrissy McKaigue for good measure.

Saturday marks a step-up in opposition.

John Sugure takes Laois to Owenbeg for a first meeting of the counties since a 2007 qualifier win in Breffni Park, a game that Laois panellists Brendan Quigley, Ross Munnelly and Derry goalkeeper coach Barry Gillis all played in.

Laois will go in as underdogs against Derry, but it’s certainly not beyond them to advance to the next round. Expect to see everything left on the pitch.