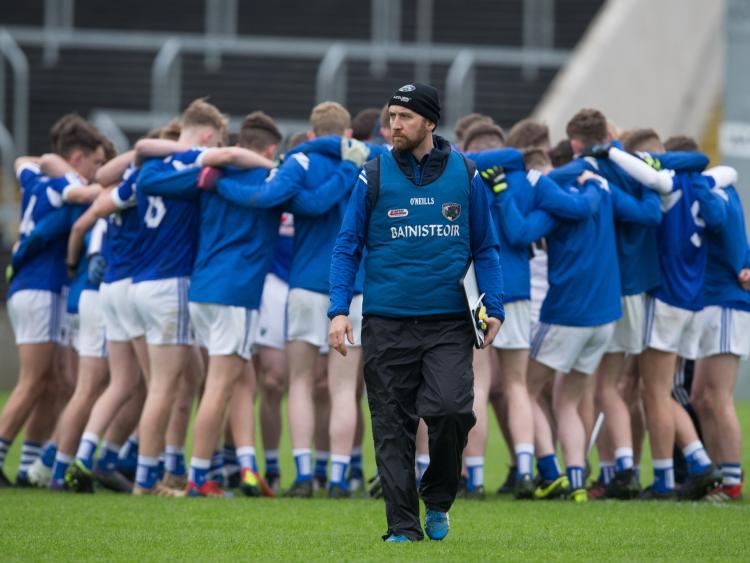 Laois manager Donncha Phelan after having a final few words with his players before taking on Westmeath in the Electric Ireland Leinster Minor Football Championship at O'Moore Park. Photo: Alf Harvey

The Laois minor footballers are back in action this Friday night when they take on Kildare in the Leinster semi-final following a month break.

They then followed up with a stunning comeback against Westmeath in O'Moore Park.

Phelan's men found themselves seven points down at half-time after an underwhelming first-half display where Westmeath raided the Laois defence for 1-5 in the opening seven minutes, in comparison to Laois's solitary point, but a brilliant individual goal from PJ Ward gave Laois a lifeline five minutes after the restart.

Longford awaited in the final group game where Donncha Phelan’s men led by a margin of 11 points in the closing stages of the first half, but a rallying Longford comeback in the second-half just failed. The home side closed the gap to two points six minutes after the restart only for Laois to steady the ship, by the final whistle Longford had the gap back to two but Laois held firm to top the group and book their place in the semi-final.

Phelan has named an unchanged team to the side that narrowly defeated Longford in their final group last month.

Laois will play Kildare this Friday (June 21) at O'Moore Park with throw-in set for 8pm.