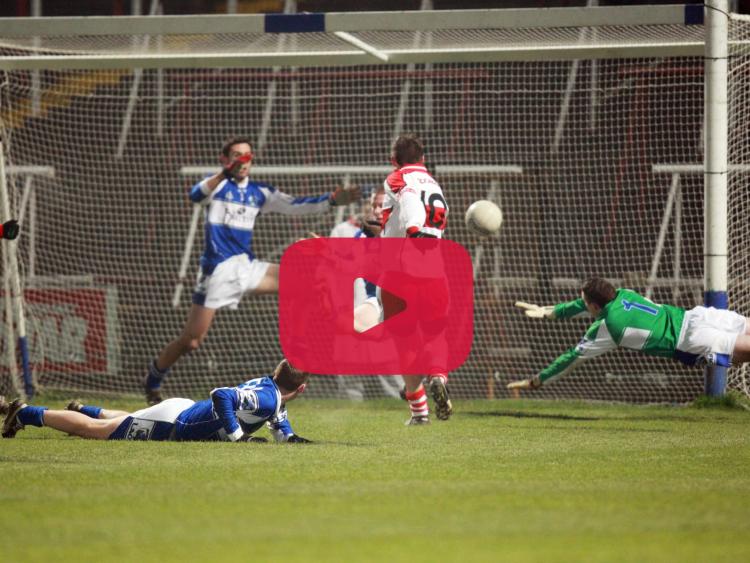 Ahead of Saturday's crucial Round 2 Qualifier against Derry, we dug through the archives and found highlights from the 2007 All-Ireland Minor Football Championship semi-final between the two counties.

It was a cracker of a game where two goals from current AFL star Zach Tuohy rescued a draw for the Laois men to force a replay. Derry went on to win the replay by five points to set up a finale against Galway where the Tribesmen were crowned champions.

Looking back through the team sheets from the game in 2007, there are a few players that will be reacquainted on Saturday evening. From the Laois side of things, Kieran Lillis, Conor Boyle, John O'Loughlin and Donie Kingston all lined out for Eddie Kelly's side at Croke Park. Slaughtneil's Chrissy McKaigue scored two points from wing-back and is set to take his place at centre-back for Laois's visit.

Lillis and Boyle were joined by Zach Tuohy in a formidable all-Portlaoise half-back line. O'Loughlin took up his usual place at midfield while Donie Kingston operated in the full-forward line.

Watch highlights of the game below:

Laois take-on Derry in Round 2 of the Qualifiers at Owenbeg at 5pm on Saturday (22 June).