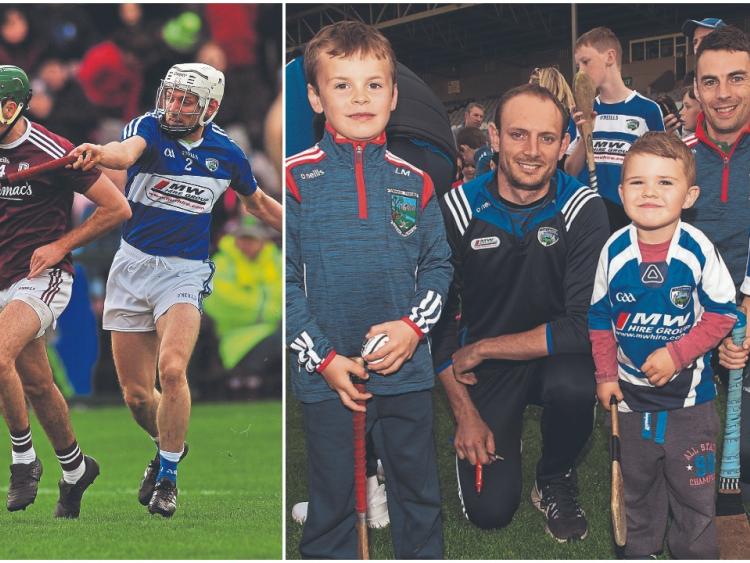 Joe Phelan brings with him a winning culture from his club, Camross, and the Laois vice-captain will be hoping to carry that culture into the county side when Laois take on Westmeath in the Joe McDonagh Cup this Sunday.

"You try and draw on those things, the positives. Coming up to big matches, you try and get rid of the butterflies. You don't want to be too nervous going out."

While he's played in some of the best grounds across the county, there are none bigger than Croke Park.

"It's a dream for everyone to line out in Croke Park and that was a big incentive to come in. When you talk to the lads and ask them what is their main aim at the start of the year, it's to get to Croke Park."

"The crowd last night was incredible. Our hands were so sore last night from pucking around and signing autographs and shirts! The buzz around the place is fantastic at this time and everywhere you go people are talking about the match. They can't wait to go up to it. Hopefully we can do it for them.

“Sure it's unbelievable, it's any kids dream. Like myself, I don't have long left now. I'm in my thirties, like this could be it. You have to make it count when you're there and that's what we plan on doing Sunday week."

No place is more excited than where Phelan resides.

"In the schools in Camross its all the kids are talking about. They're gone mad at the moment, they're hyper. It's brilliant for the young people of the county.

“Lads that are coming up are able to see Laois in Croke Park and have those memories. Hopefully it'll bring on the county and the underage development as well."

“Even young Podge Delaney and Aaron Dunphy coming on this year, they've had a huge impact. Hopefully now if we win this we're into the Leinster Championship next year and we can really build on that with the players coming up."

The vice-captain also had strong words to describe his manager, Eddie Brennan.

"He just has that winning mentality. He's never happy! You could win by ten or fifteen points and he'd still be eating ya! He just has a ruthless mentality. That's the kind of words you'd use to describe him. He's an excellent man to have around the dressing room. He's very honest, and I think he's done a fantastic job."

This type of game is a dream realised for Phelan.

“I remember going to Laois matches when I was a young lad and that's all you're dreaming of, winning finals in Croke Park.”