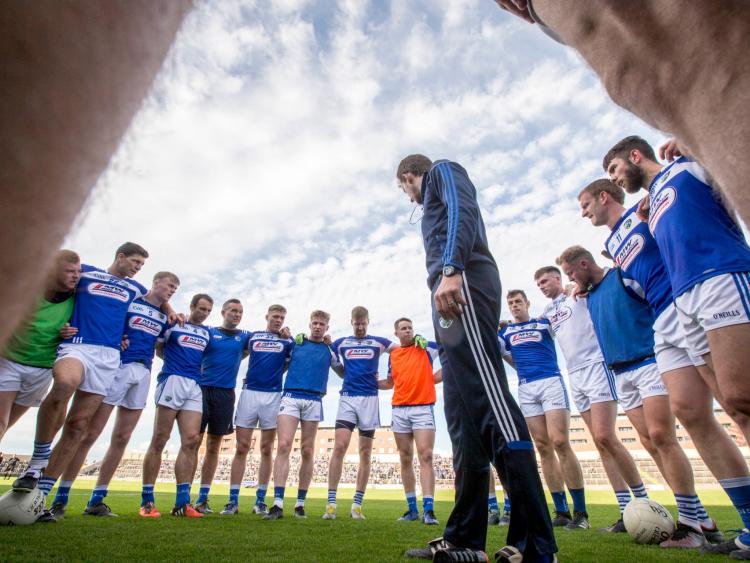 Laois manager John Sugrue has a final few words for his side before taking on Offaly in the All Ireland Football Qualifiers at O'Moore Park. Picture: Alf Harvey

The Laois senior football boss John Sugrue and his management team have named their starting team to take on Cork in Saturday's Round 4 Qualifier.

Laois progressed through the back door to Round 4 of the Qualifier stage having been knocked out of the Leinster Championship by Meath at the semi-final stage.

Laois travelled to Owenbeg in Round 2 where they emerged with a four point victory over Damian McElrain's Derry, before going on to beat Offaly in O'Moore Park last weekend in front of a large crowd.

Laois were drawn against Cork in Round 4 and now find themselves just one game away from a debut in the Super 8s.

Tonight John Sugrue has announced his starting fifteen to take on the beaten Munster finalists, Cork, and has opted to stick with the same team that started against Offaly.

Laois and Cork will go head-to-head this Saturday (July 6) at 5pm in Semple Stadium, Thurles.