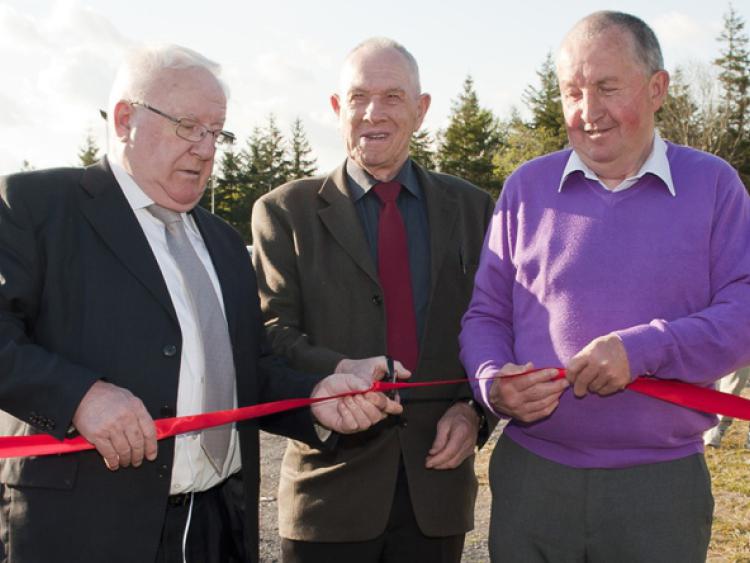 Coinciding with the official opening of Emo GAA’s new pitch, the Laois and Cork Senior Football teams gave the new pitch a debut to remember with a hugely entertaining exhibition of football, with Cork just snatching the result in the end.

Coinciding with the official opening of Emo GAA’s new pitch, the Laois and Cork Senior Football teams gave the new pitch a debut to remember with a hugely entertaining exhibition of football, with Cork just snatching the result in the end.

Laois started the game the better of the two sides, as they opened up a three point lead inside five minutes with Colm Begley slotting the first score of the day, which was followed up with a point apiece from Gary Walsh and Ross Munnelly.

Cork regrouped quickly and posted points to the board from Paul Kerrigan and Paddy Kelly to cut the Laois lead to the minimum. The half continued with a well balanced exchange of points, with Ross Munnelly firing a further three for Laois, while Gary Walsh notched two, and Darren Strong added a point as Laois held a one point lead at the break.

Cork emerged for the second half looking to show the large crowd gathered in Emo exactly why they are considered as one of the favourites come September, as they rattled the Laois net twice in as many minutes with substitute John O’Rourke grabbing the first, while Brian Hurley claimed the second.

Laois responded well with Munnelly, Walsh and Donie Kingston all raising the white flag, but Cork continued to set the pace of the game as Aidan Walsh and Donncha O’Connor restored Cork’s four point cushion.

The sides continued to knock over point after point, with Ross Munnelly bringing his tally to seven for the day, Gary Walsh finished up with five to his name, while Darren Strong slotted two points from wing-back as Cork’s early second half goals proved the difference as they ran out three point victors.