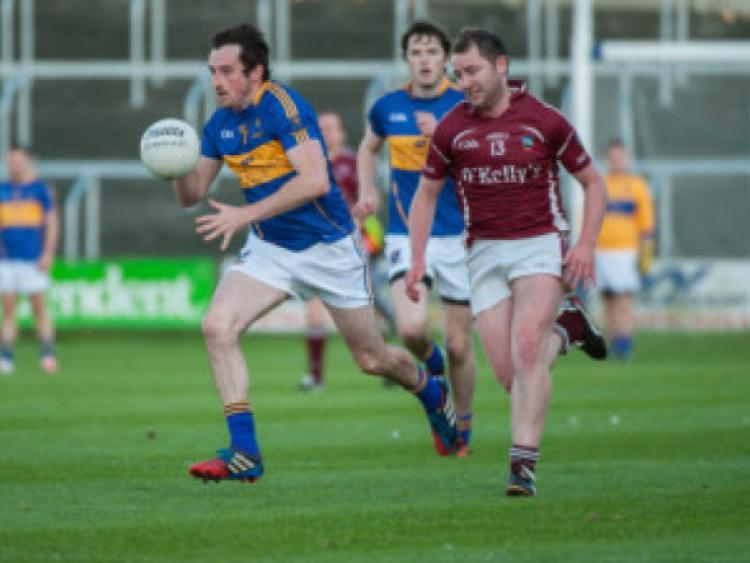 An impressive second half display from O’Dempsey’s saw them inflict an eight point defeat on Arles-Kilcruise last Friday night.

An impressive second half display from O’Dempsey’s saw them inflict an eight point defeat on Arles-Kilcruise last Friday night.

With the teams level at half time, it was O’Dempsey’s who turned on the style when it was needed. They played some wonderful attacking football, swamping Arles-Kilcruise and making them look a shadow of the team that had made three finals since 2009.

With Ross Munnelly ruled out, his absence was a blow for Kilcruise, but it was by no means the reason the game ended as it did. O’Dempsey’s were on top right across the field in the second half, with Conor Meredith in imperious form.

Whether it was attacking with pace or patiently holding possession until a scoring chance became available, the Killenard men always seemed to know what to do.

For Kilcruise, this defeat will have raised a few tough questions. Apart from David Conway, they looked a tired outfit, and the team work and resilience which has been their trademark for so long wasn’t on show when they needed it. With 20 minutes to go, some of their players could be seen doing the unthinkable - dropping their heads.

With the characters involved in the side, and Munnelly to come back, you would have to imagine their will be a response from them next time they take to the field.

For O’Dempsey’s, they can be happy with their performance here, but even more encouraging is the face they have room for improvement. They hit 12 wides and were sloppy at times, so this game will have brought them on.

Early on, things looked bleak, however. David Conway had the ball in the net with a little over two minutes gone, when he sprinted away from Robbie Kehoe and apllied a neat finish past Padraig Bannon.Darren Finlay’s attempt for goal at the other end was superbly saved by Jimmy McDonald, and O’Dempsey’s opened their account in the ninth minute with Brian Nugent point.

Midway through the half, Conway’s goal was still the difference between the teams until Conor Meredith set up Michael Finlay, and he fired to the bottom corner to level the game.

Arles-Kilcruise played some of their most impressive football of the game after that, quickly re-taking the lead thanks to a David Conway free. Brendan Conway added another from the right, Rory Stynes came up to score and then Chris Conway landed a wonderful effort from the left wing as Arles went four clear.

O’Dempsey’s, having weathered the storm, came back spectacularly when Ed Kelly set up brother Barry, and he hit a cracking shot into the top left corner of the net.

A point from Eoghan Finlay followed moments later levelled the game, and that’s the way it stayed to half time, with the teams deadlocked at 2-3 to 1-6.

Arles got the first score of the second half with a point from Fran Egan, but, remarkably, they would not have another attempt at goal for 20 minutes. Brian Nugent quickly brought O’Dempsey’s back level, before he added another a minute later to put them ahead. Then, Conor Meredith contested a high ball with Arles ‘keeper Jimmy McDonald, and when the ball dropped in front of him, he quickly scooped it to the net for their third goal, and Arles were stunned.

From that point on, there was only one team in it, as O’Dempsey’s just kept pulling further away. Conor Meredith added a couple of wonderful points, the pick of them from the left wing, as Arles struggled to withstand the onslaught.

David Conway managed a couple of late frees for Arles, but they mattered little at that stage as O’Dempsey’s eased to the win.