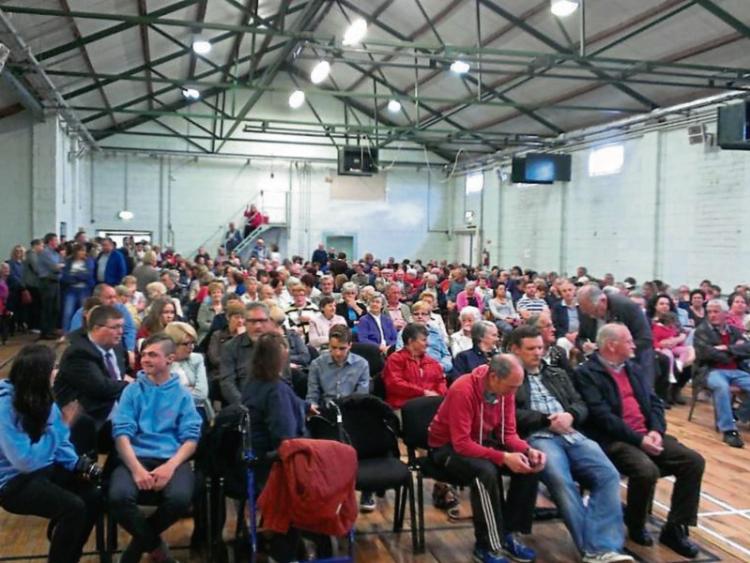 Up to 1,000 people attended a meeting on the future of Portlaoise Hospital in St. Mary's Hall, Portlaoise last night (Monday, June 20).

Speaking at the meeting the Minister for Foreign Affairs, Charlie Flanagan said the final decision on the hospital would rest with the Minister of Health.

Minister Flanagan said that any plan to downgrade the hospital was a non-runner.

Speakers from the floor pointed out that TDs had the greatest responsibility for the future of the hospital.

One man queried who was running the the health services - the government or the HSE.

People also voiced their concerns that there was a clear agenda against Portlaoise Hospital and that it had been singled out for downgrade.

The meeting stopped short of organising a march or public protest, until a plan for the future of the hospital is published.