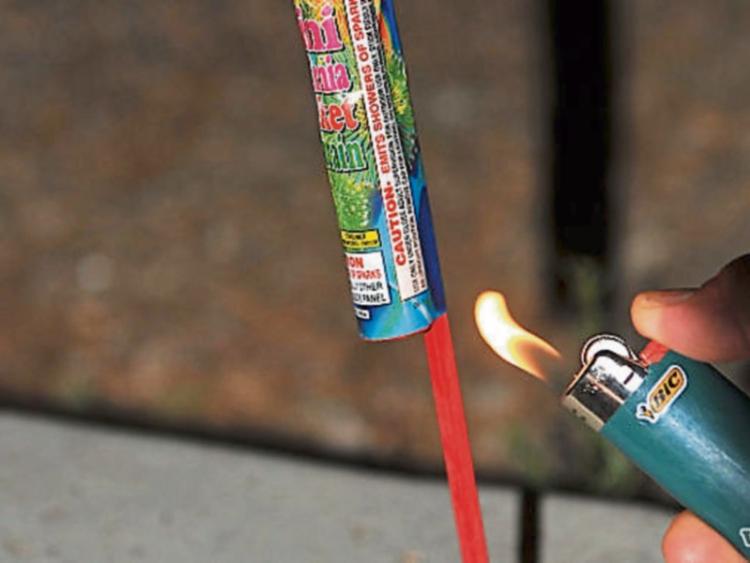 Halloween has claimed an early victim this year, when a Portlaoise youth was badly burned at the weekend after playing around with an illegal firework.

A garda spokesperson has confirmed to the Leinster Express that two juveniles were “messing” with fireworks in the Moneyballytyrrell area of Portlaoise, at around 8pm on Saturday, October 8, when one of the fireworks exploded.

One of the young men suffered a nasty burn to his chest area in the explosion and had to attend at the Midlands Hospital.

Fortunately, the youth was not kept in overnight, but he was treated for burns and has been left with a painful burn mark on his chest.

The gardaí are now carrying out a full investigation, as the fireworks were obtained illegally.

The garda spokesperson went on to remind the public that fireworks are illegal in the State, and if anyone is aware of any persons having purchased, or having possession of, any such fireworks they should contact Portlaoise Garda Station on 05786 74100.

The illegality of fireworks was further emphasised by acting chief fire officer at Laois County Council, Declan Power, who told the Leinster Express that people should only attend authorised firework displays this Halloween where a proper licence has been obtained by the organisers.

With Halloween fast approaching, the fire service has also released fire safety information around the use of bonfires.

Fire prevention officer, Anthony Tynan has said that it is best for people not to have bonfires, but if they plan to have one ensure that the bonfire does not cause a nuisance.

The advice is to use just clean wood and paper for the fire, no old tyres or plastic, and make sure it is situated away from danger.

The bonfire should be at least 20m from any homes of buildings and located a safe distance away from power lines.