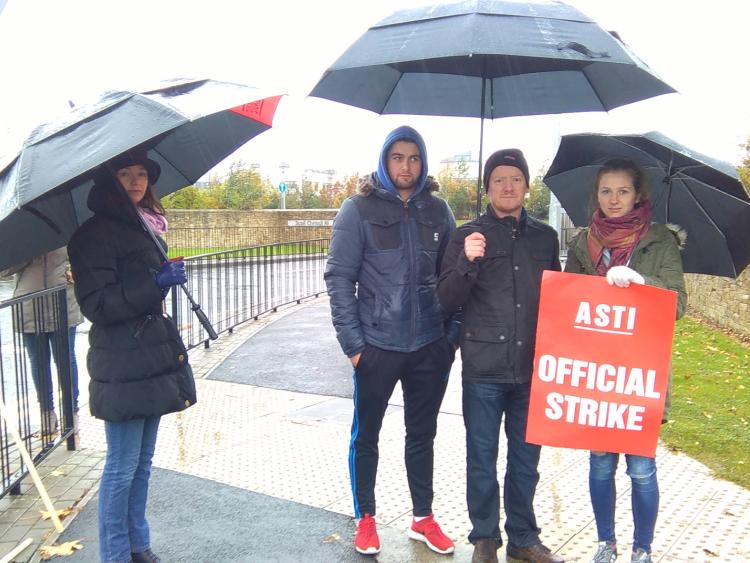 All secondary schools in Laois opened today as normal following breakthrough in talks in the teaching dispute.

After a day of picketing in the rain which forced schools to close in Portlaoise, Portarlington, Mountrath and Ballinakill the Association of Secondary Teachers in Ireland announced a suspension of its action on Tuesday night.

Earlier today the ASTI was invited by the Chair of the Teachers’ Conciliation Council Ms Anna Perry to enter talks to explore possibilities to end our current industrial relations disputes.

The ASTI Standing Committee has accepted this invitation. The Department of Education is to join these talks.

"The ASTI has agreed to defer its directive on supervision and substitution and its strike action to facilitate this process for the duration of the process. It is expected that this process will continue until the end of November.

"ASTI members will be available to carry out their full range of duties tomorrow and we expect that all second-level schools will be open," said a statement from the union.

Schools were facing closure on Wednesday because of a supervision and substitution pay row. The strike on Tuesday was over equal pay for recently qualified teachers.