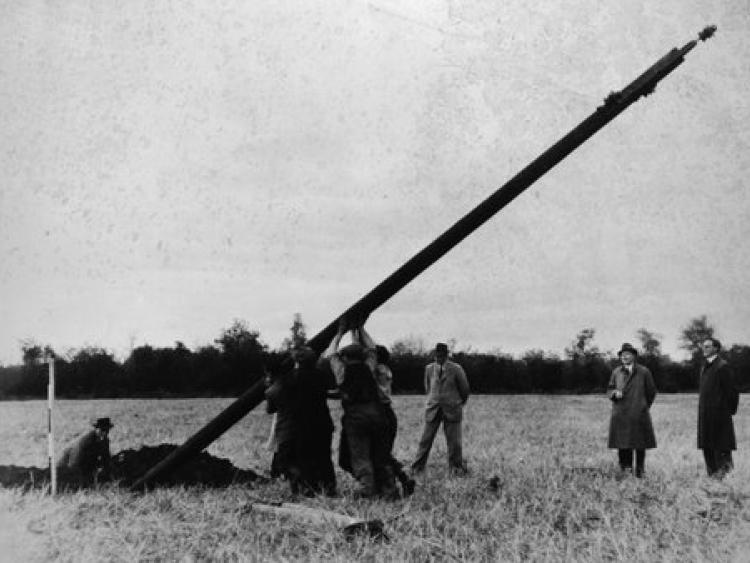 'Then There Was Light' is a collection of tales of the time when Ireland left the dark ages as the ESB brought electricity to even the most remote communities, in the largest ever undertaking by the fledgling independent nation.

Lorna Sixsmith, from Garrendenny, has three books to her own name and her story in this anthology, Vanishing Dust At The Poor Man’s Castle, sets the scene for the first public demonstration of a vacuum cleaner ever seen in the area.

Former Laois hurler, John Fitzpatrick, from Portlaoise, was a pioneer seller for the ESB as they tried to get farmers’ agreement for polls to go over their lands.

He had just bought a new suit to go with the job when he saw a farmer near Monasterevin, who happened to be a staunch opponent of allowing the ESB onto his farm, having difficulty in a field with a cow trying to give birth.

The young Fitzpatrick, who had a farming background himself, ‘operated’ by putting his arm inside the cow so that he could turn the calf right way around.

Although his suit was ruined, the grateful farmer on finding out he was from the ESB gave permission for the poles to be erected on his property.

Later while working in Co Offaly with the rural electrification, he met his wife Josie and they had 11 children.

This book, co-edited by PJ Cunningham and Dr Joe Kearney, contains scores of stories celebrating the 70th anniversary of the scheme that eventually wound up in the late 1970s.

The stories for this collection come from eyewitnesses, ESB employees and the general public as they recall the suspicions, worries and welcome the scheme faced during arguably the most important rural Ireland undertaking in our history.

They are diverse in subject matter and geographical spread and encapsulate the pioneering work carried out on what became a rapidly changing rural landscape.

Then There Was Light – Stories behind the installation of Ireland’s Rural Electrification scheme. Co-edited by PJ Cunningham and Dr Joe Kearney (Ballpoint Press 2016) (€14.99)