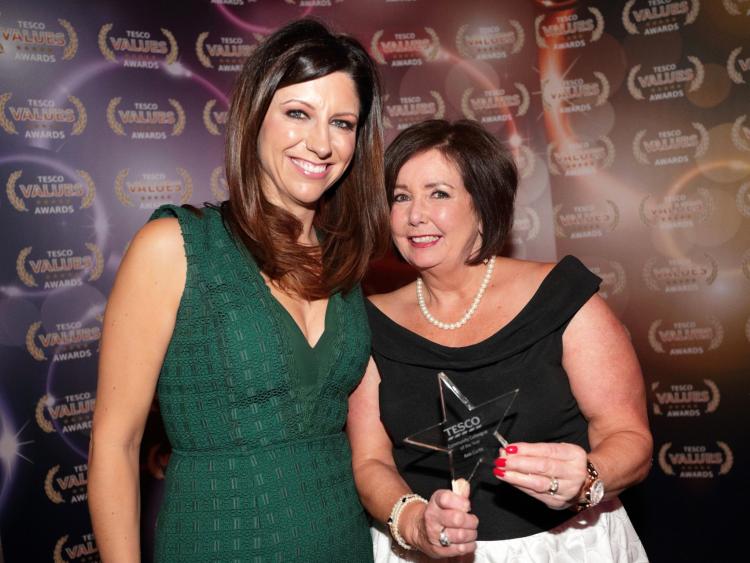 Ann Curtis of Tesco in Portlaoise is one of the big winners at the 2016 Tesco Ireland Values Awards for its staff.

Ann took home the coveted trophy for ‘Community Colleague of the Year’. This category recognises colleagues who go the extra mile to help the local community and support it through our community initiatives. T

Ann joined Tesco Portlaoise when it opened in April 2011 and quickly became the store Community Champion.  Ann was nominated for this award by the store team in recognition of the positive impact she has on all of the store colleagues as well as the local community.

Famous for her endless enthusiasm and the infectious energy she brings to the role as Area Community Champion, she is constantly talking about community initiatives from promotion to getting colleagues involved in events.

This is the fifth year of the Tesco Ireland Values Awards, which took place at a special ceremony in the Double Tree by Hilton Hotel, Co. Dublin on Thursday, 10th November.

Voted for by Tesco colleagues countrywide, the awards recognise excellence amongst the retailer's 14,500 strong workforce across 11 different categories.