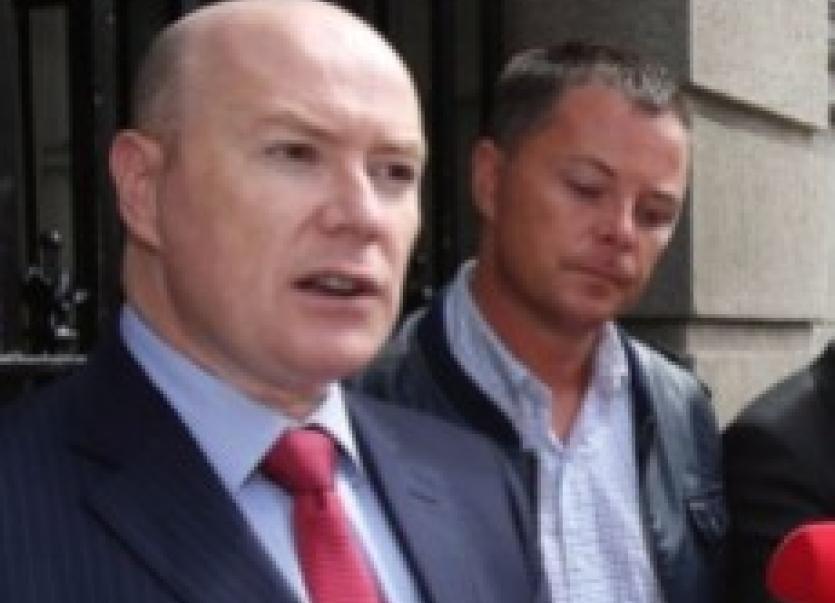 Sinn Féin leader Gerry Adams has declined to answer questions in Dáil over the murder of a Portlaoise prison officer but says he will make a statement on the case.

Deputy Adams came under pressure on Tuesday from An Taoiseach Enda Kenny and Fianna Fáil leader Micheál Martin over murder of chief officer Brian Stack in 1983.

The Louth TD declined to respond in detail but said he was prepared to make a statement to the Dáil.

"This is not the first time the leader of Fianna Fáil has used, in an opportunistic, a cynical and contemptible way, my efforts in good faith to assist the family of Mr. Brian Stack. I have dealt with the substance of the issue and if the Taoiseach wants to make space for me to do so, as he has indicated, I am prepared to make a statement here again.

"However, let me be clear that I have never accused anyone of being a suspect in the murder of Mr. Stack because I do not know who the suspects might be," said Dep Adams.

Deputy Adams met two of the murdered prison officer sons in 2013 and organised for them to meet an IRA leader in private. The IRA admitted that it had killed their father.

It emerged last week that the Sinn Féin leader had given four names to the Gardaí in early 2016. The TD says he was given the names by Mr Stack's sons. Austin Stack has denied giving any names. Three of the individuals are Sinn Féin politicians.

In the Dáil Fianna Fáil's leader Micheál Martin said it was extraordinary that  the leader of a parliamentary party took two young men in a van with blacked out windows to an undisclosed location somewhere near the Border to meet an IRA man who told them: "We have carried out an investigation. It was a senior IRA person who authorised the murder of your dad. We have disciplined him." It was not stated how he had been disciplined said the Fianna Fáil leader. He asked if Gerry Adams sent the name of the person he had met with Mr Stack's sons to the Garda.

The Taoiseach said Brian Stack served this State with honour in his role as a prison officer during a very troubled period.

"His cold-blooded murder at the hands of Provisional IRA thugs was a cowardly, brutal and totally unjustifiable act of pointless violence. It should be properly condemned by everybody.

"It is utterly unacceptable that a man was shot through the back of the neck outside a boxing club and died quite some time afterwards. All these years later, we now hear the names of the persons allegedly involved being supplied. I cannot comment on the operational matters involved. This is a live murder investigation under the direction of the Garda Commissioner.

"A man was murdered in cold blood; his killer is at large and people know who the murderer is. It is beyond comprehension that a Member of the House can drive someone in a van with blacked out windows to meet another person to talk about who had shot his father, that the names are given to the Garda Commissioner and that the son of the murdered man says he did not supply the names. Deputy Gerry Adams knows more about this than I do.

"While the investigation into a murder is ongoing, perhaps he might use privilege to make a statement in the House to clear it up for everyone. I intend to meet Mr. Austin Stack who met the Minister for Foreign Affairs and Trade last weekend with his family. This is a serious matter that deserves to be cleared up for once and for all. A murderer is at large and people know who he is," said the Taoiseach.