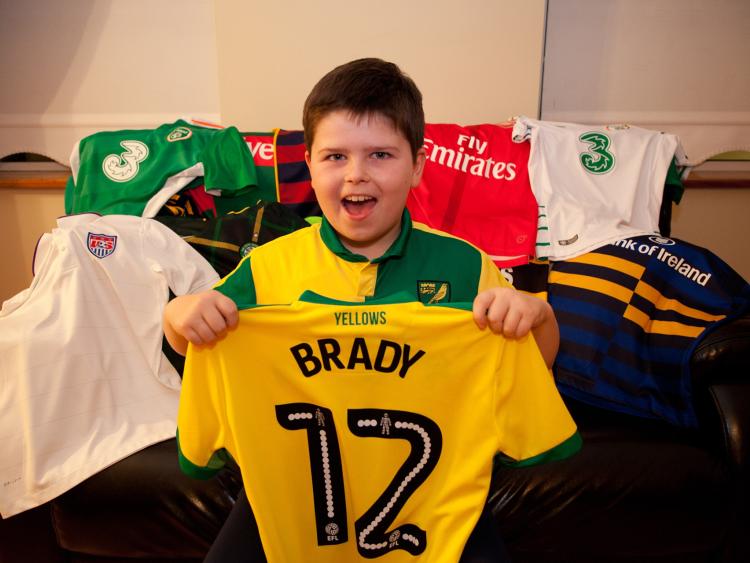 An eight year old Robbie Brady fan from The Heath was left devastated last week when the Irish international transferred to Burnley - because it meant he would miss the chance to see his hero playing for Norwich.

Andrew Whelan, who plays soccer for T&S Utd, is one of Robbie Brady's biggest fans, and had asked Santa for tickets to a Norwich game so that he could see his hero play in the flesh. The great man duly obliged, getting him tickets to see Norwich play Cardiff this Saturday.

However, with Brady clinching a deadline-day move to Burnley on Tuesday, it left Andrew crestfallen. His mam, Samantha, contacted TV3's Ireland AM on Wednesday morning in the hope that having a message read out on the show would cheer up her son, but the dream of seeing Robbie play could still be on.

This morning, Ireland AM announced that the FAI had been in touch with the show, and were arranging to have Andrew presented with two tickets to the Ireland v Wales game on March 24th.

For Samantha, it's been a fairytale end to what started out as something of a nightmare scenario. "Andrew loves Robbie Brady, he has been his favourite player for years, and since he was old enough to follow a club, he's followed Norwich.

"He asked Santa for tickets to a Norwich game for Christmas so that he could see Robbie playing, and he was all set until the other night, when he was transferred. There were plenty of tears, as you can imagine, but he has gone to the game anyway, with his dad (Ray)."

The potential for two tickets to the Wales game have cheered Andrew up no end, and while Brady might not be on the pitch for tomorrow's game, the chance of seeing his hero in action is still very much alive.