Vote for Laois schoolgirl's design in the final of Doodle4Google 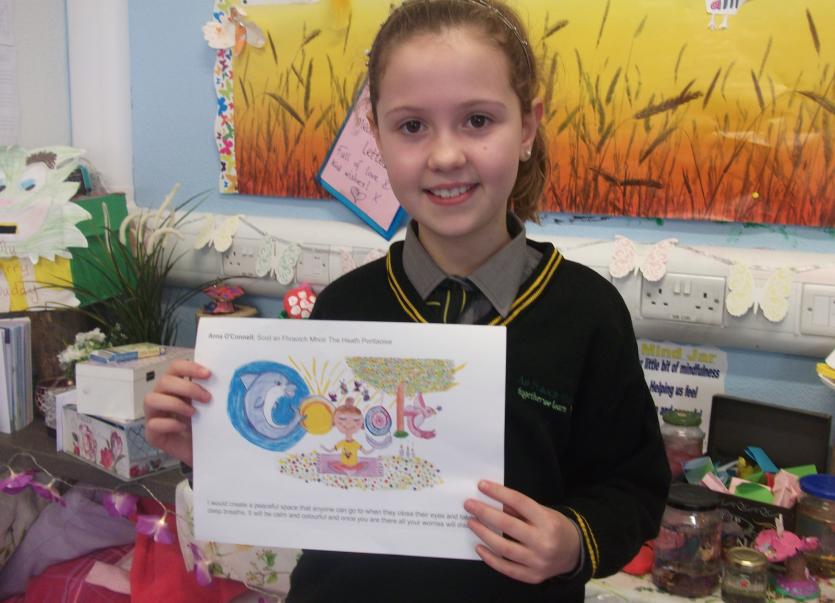 Meditation classes are part of daily life for pupils at the Heath National School in Laois, and have inspired one young student's entry for the 2017 Doodle4Google competition.

This years theme was 'If I could create anything it would be' and Anna O'Connell aged 9 drew an image of herself in a yoga sitting pose, surrounded by colourful images of nature.

"I would create a peaceful space that anyone can go to when they close their eyes and take 3 deep breaths. It will be calm and colourful and once you are there all your worries will disappear," she wrote.

Her picture has now been selected as one of the final 15 in Ireland in her age group, the only one from Laois, and the school is asking the county to get voting to get her into the national final.

"Her picture was very much influenced by mindfulness and meditation which is practiced daily at our school. We are all very proud of this young 9 year old girl whose artistic talent is representing our town and county at a national level. We at the Heath NS would love if everyone would get behind us by voting and sharing," said Heath principal David O'Brien.

The public are asked vote as often as they can and share as much as possible on social media, until voting closes on February 21.

The top prizes are a €5,000 scholarship and a €10,000 technology grant for the winning school. The winning doodle will feature on the Google Ireland homepage for 24 hours in April, where millions of people will have the opportunity to see it.