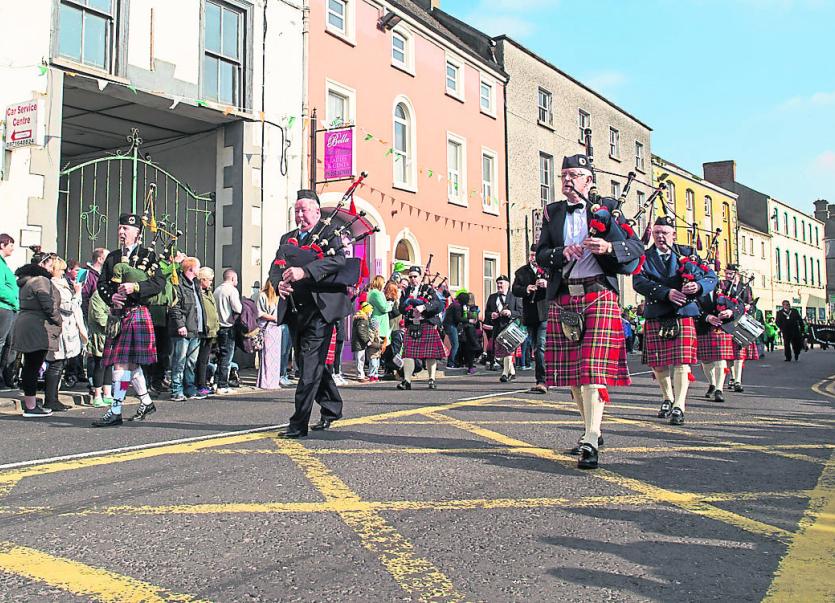 Days after the St Patrick's Day parade in Mountmellick was announced as cancelled, due to a lack of interest in organising it, young blood has come to the rescue.

A committee of 14 was formed last Thursday night, co-chaired by Jason McInerney and Debbie Connolly from the town.

"Our members are aged from 18 up to 40, a younger generation, and that's what's needed, big ideas and commitment to make the parade bigger and better this year," he said.

Their theme is yet to be announced, but one idea that has the support of Gardaí, is the banning of alcohol in O'Connell Square.

"We hope that Gardaí will be on foot patrol on the day," said Debbie.

"We already have the full support of Laois County Council and the Gardaí, and local businesses. We are asking group, clubs, businesses and organisations to contact us and enter a float. We will have judges on the stand in the square and prizes for the best float and window display," she said.

They volunteered after hearing that the parade was cancelled last Wednesday.

"I was devastated, I have a little lad that looks forward to it every year, we don't want people to have to leave our town to see a parade, it's really important to have it here for community spirit. Our committee are all excited and can't wait to get going, with lots of ideas," she said.