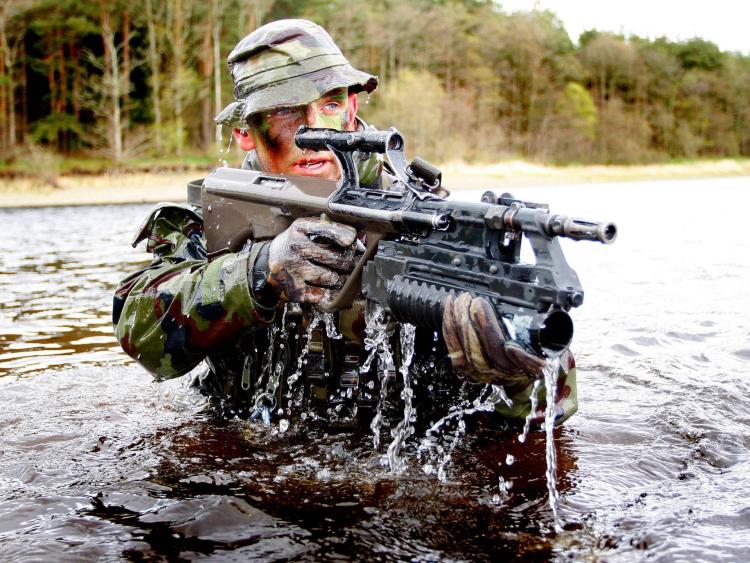 Young people in Laois should consider a career in the Defence Forces as recruitment begins again in earnest.

That’s according to Laois TD and Minister Charlie Flanagan who is highlighting a major recruitment drive announced.

His remarks come as a significant new recruitment campaign for the Defence Forces is targeting an intake of 860 personnel, across the Army, Air Corps and Naval Service.

“They are looking for general service recruits, apprentices and cadets and I strongly encourage young men and women in Laois to consider this exciting opportunity,” said Minister Flanagan.

“There is no greater honour than to serve your country, and for many young people this recruitment drive could be the start of a fantastic career, with first class training, and opportunities for travel and personal fulfilment.”

Minister Flanagan said he was really pleased that this year’s recruitment drive is focused on diversity, and in particular the need for increased participation from women and the different ethnic groups and nationals in our country’s Defence Forces.

“Minister Kehoe is overseeing a welcoming and engaging workplace environment for all in the Defence Forces, irrespective of gender, creed, ethnicity or sexual orientation,” he said.

“The recruitment drive is part of the Government’s commitment to maintaining the strength level of the Defence Forces, incorporating the Army, Naval Service and Air Corps, at 9,500 personnel.

“In 2016 recruitment to the Defence Forces reached a record high with an intake of 690 personnel, so we are going even higher this year, giving more young people in Laois the opportunity to serve their country,” concluded the Minister.