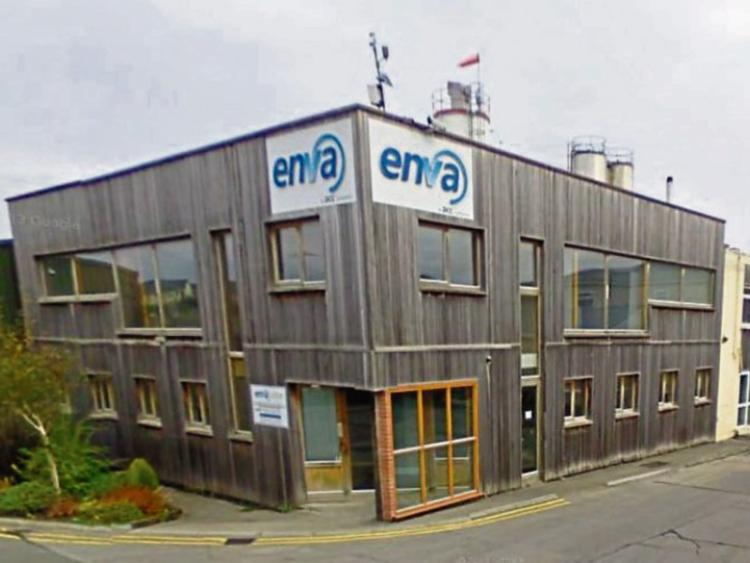 A Portlaoise-based firm that recycles oil and other waste fuel and which came under the microscope for pollution in 2015 has lodged an planning application for extensive changes at its plant.

Enva Ireland has applied to Laois County Council for permission to erect a second exhaust flue of 18.7 metres in height with a 1,000 mm diamater.

The firm says the purpose of the flue is to allow for the emission and dispersion of exhaust gases associated with emissions abatement equipment. The pipe will be located to the west of the site beside the existing flue.

The company also plans to extends its office at its buildings which is located off Fr Brown Avenue near O'Moore Park GAA pitch. It wants to build a new second floor to the existing to the existing two storey office blocks. This will include meeting and training rooms and associated facilities. The total floor area will be almost 200 square metres.

The Company pleaded guilty to a number of licence compliance failures. It admitted to failing to control odours did not give rise to nuisance at the facility or the immediate area of the facility on a number of occasions in 2015.

The prosecutions followed an investigation by RTÉ's Primetime in which residents complained of sustained pollution caused by emissions from the plant. The programme was critical of the EPA's policing of the company's operations.

Judge Catherine Staines convicted the company and imposed fines of €2,000 on each of four charges. The Agency costs of €13,053 were also agreed. Enva also committed to resolving any odour concerns insisting that the highest possible standards would apply to its Portlaoise facility. It applied to the EPA to install a €1 million system to capture chemical emissions in the air.

Enva says it is a leading Hazardous Waste, Water Services and Laboratory services provider. They recover raw materials from problematic wastes. It has customers in the commercial, industrial, municipal, agri-food and government sectors.

The Portlaoise plant operates under an Industrial Emissions Licence which it states is currently under review.

It is not clear whether this latest application is related to its licence of the 2015 prosecution.