Site identified for new Portlaoise courthouse but deal not sealed 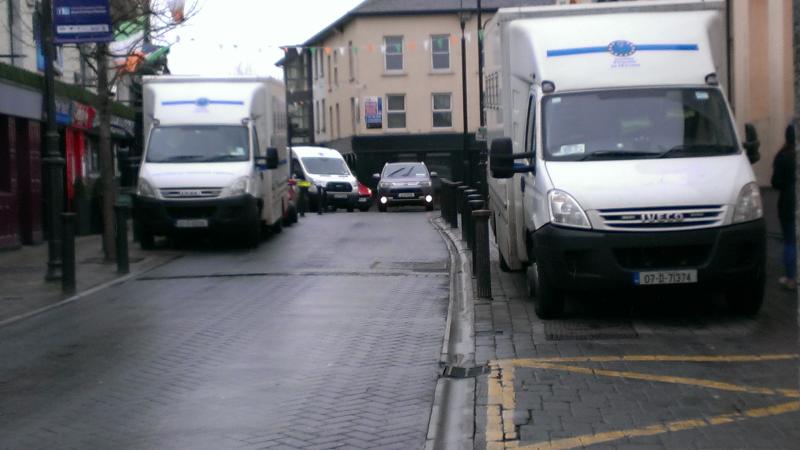 Three prison custody vans from the Prison Service and Gardaí forced to park outside Portlaoise Court.

The search for a new location for Portlaoise's court sittings has been narrowed to one site, the Courts Service has confirmed.

A spokesperson for the service confirmed that it is working with Laois County Council to procure a site as a replacement for the existing building on Main Street.

Portlaoise is on a shortlist of five locations around the country for new buildings. The others are: Galway city, Roscommon, Wicklow and Tralee.

No timeframe exists for when the development would start. The location of the site was not given nor was it stated whether it is a greenfield site or an existing building would be converted.

While substantial investment has been made at the courthouse, which is located on the sit of a former prison, it has been acknowledged by the court service that new court is needed.

The limited capacity restricts court proceedings. Money was invested in holding cells but prison and garda vans are still forced to park outside. During a sitting of the Circuit Court this week three vans were parked outside.

There are also knock-on public order implications. Disturbance in the court house have spilled out onto the town's main street. There is also limited waiting area in the building.

Local businesses and politicians have called for the building to be moved.