Meet the Portlaoise family who have joined Gogglebox Ireland

Laois family set to make their television debut on TV3 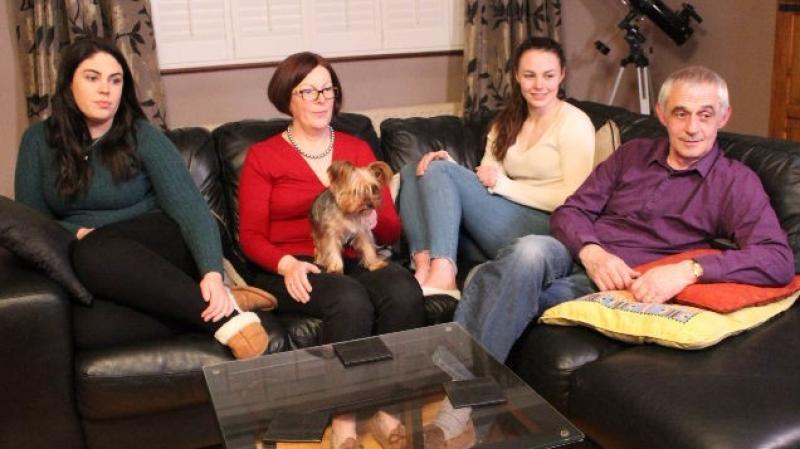 The Moran family from Portlaoise

A Portlaoise family who describe themselves as GAA and soccer mad, and enjoy watching TV together and having a laugh, are the latest to sign up to Gogglebox Ireland.

Series two of the TV3 show has introduced a new family each week for the past four weeks, and tonight Wednesday March 8, it's the fifth and final home at the Morans from Portlaoise.

Dad Denis is originally from Kilkenny and is devoted to Manchester United and Brian Cody’s Kilkenny Hurlers.

Anne-Marie and Denis met through mutual friends at a party in Dublin and have been married for 30 years.

Miniature Yorkshire terriers Bella and Scooby join them on the sofa and Chloe says her Mum treats them nearly better than her own kids.

Oasis fan Chloe recently got a Champagne Supernova tattoo on the back of her neck and started a new job in Dublin city this year.

Younger sister and football star Gráinne is doing her Leaving Cert and is Captain of the Senior Football Team in Scoil Chriost Ri.

As a family, their TV favourites range from The Graham Norton Show, to Ex on the Beach, Pretty Little Liars, Game of Thrones and The Big Bang Theory.

Mum Anne-Marie reportedly also has a soft spot for George Clooney and will fight with Chloe over who has first dibs on him.

Gogglebox Ireland airs on TV3 and 3player tonight at 9pm.