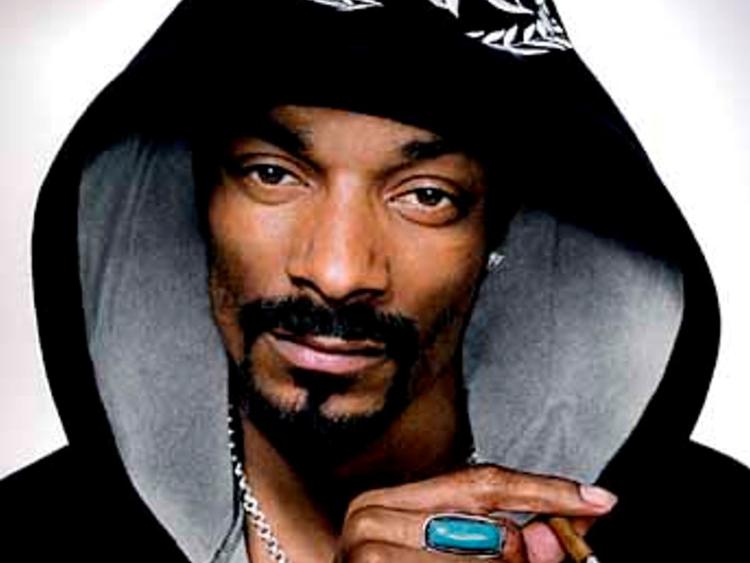 Snoop Dogg, one of many celebrities who glamorise illicit drug use. (Pic for illustration)

A circuit court judge in Portlaoise has hit out at celebrities who glamorise drug use as they set a very bad example to young people.

"The growth of celebrity culture has a lot to answer for," said Judge Keenan Johnson, speaking during the sentencing of a Portlaoise man who committed two armed robberies to feed his drug addiction.

"In certain sectors of that culture, abuse of illicit substances has been glamorised and made to look fashionable. This sets a very bad example for our young people, who unfortunately tend to be influenced by the actions of so-called celebrities."

He said it is important that celebrities exercise their influence over young people responsibly and promote a lifestyle that is drug-free.

The judge's remarks came while sentencing Patrick Dwane (26), formerly of Mountain View Square, Portlaoise, to three and a half years in prison.

Dwane was convicted of two robberies with a knife, one in which he threatened to pierce a taxi driver's throat, and the other in which he and two other men robbed an off licence.

"It is not acceptable that shopkeepers and taxi men should be subjected to this type of robbery. The use of knives in these types of robberies seems to be a common occurrence and is very concerning," said Judge Johnson.

He said that this was the fourth case of this type he had dealt with at the current sessions of the circuit court, with the robberies perpetrated by "people who are either out of their head on drugs or stealing to feed their drug habit".