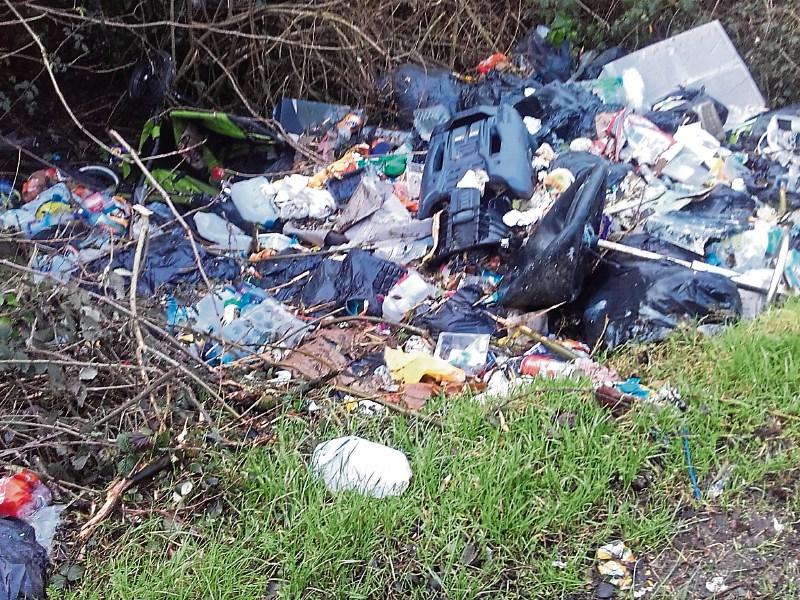 One of the many instances of flytipping in Laois

Since the start of the year, the issue of the wanton dumping that is taking place all over the county has been very much to the forefront in news reports.

It's an age old issue, one could argue, a story which is cyclical in nature, and a hardy annual.

Though true, this would be a trivial take on an issue which is all too apparent and serious.

The issue arose at the recent Joint Policing Committee where the extent of the problem was discussed at some length.

Illegal dumping and littering is a blight on the county, and not only visually.

It is a thoroughly unedifying spectacle, which perpetuates a gross injustice on all the people and community groups and businesses who are working day in and day out to improve the county in any way they can.

Laois County Council and others are doing the best they can to combat littering, but they can can only do so much with the resources they have.

Laois has four authorised waste collectors as it stands. The evidence now suggests that there are many unauthorised operators at work who are engaged in illegal dumping.

There are three litter wardens in the county, so numerically the advantage clearly lies with those who engage in illegal dumping.

The cost of clean ups is also a huge issue for the Council, and other agencies such as Coillte, and yes, ultimately, the taxpayer.

A number of measures have been suggested as to how to combat or at the very least ameliorate the problem.

Actions such as naming and shaming certainly have their merit, but this is contingent on catching the perpetuators and this is where there is a gap in enforcement.

It has also been suggested that all all the stakeholders should come together, including the Council, IFA, and Tidy Towns and Community Alert groups to form an action committee to tackle the issue.

Again this has merit.

Active enforcement and the employment of CCTV and other mechanisms clearly need to be ratcheted up.

And the public themselves need to take responsibility. This is afterall our county and we all have a vested interest in maintaining and presenting it at its very best.

We have much to offer, and it goes without saying it should not be spoiled by the actions of a minority.