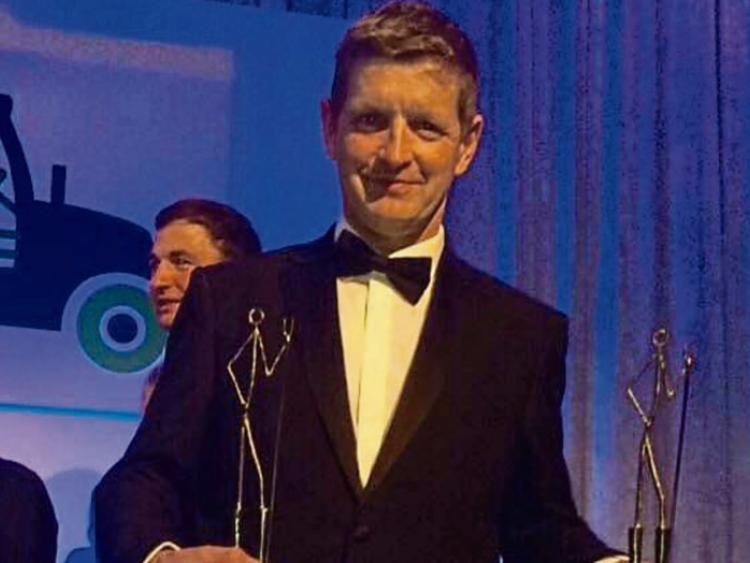 Reigning Farmer of the Year from Laois Tom Dunne

Laois farmer Tom Dunne really put it up to his peers in rural community last year when he flew the flag for the county's farming's proud tradition on a national stage.

So there are sure to be more Laois farmers vying to repeat the feat when the awards take place at a gala ceremony in Dublin later this year.

The awards, which are also supported by the Farming Independent, recognises excellence in the Irish farming industry and celebrates one of the most successful and important sectors within the Irish economy.

In 2016 Tom, a Clough native who farms near Durrow, beat off a large field of competitors. He became champion for his beef operation that produces year-round supplies of organic beef for the Good Herdsmen organic processing beef facility, based in Cahir. The competition attracted thousands of entries, before been whittled down to about 300.

There are six categories available for entry, listed below, as well as a Lifetime Achievement Award. A Grand Prix Award will also be presented to the overall Farmer of the Year for 2017. Each award winner will receive a prize of €2,500.

Commenting on this year’s Awards, Declan O’Halloran, Head of Sales & Agri Business for Zurich Insurance commented said the awards are a highlight in the farming calendar.

"The Farmer of the Year Awards showcase the dedication and innovation which has been witnessed in the farming community over the past few years, and celebrate the high achievers in the industry. We are delighted to be involved in recognising these successes and look forward to seeing this year’s Laois entries,” he said.

The Awards are free to enter and farmers can nominate themselves or be nominated by a third party. Full details of categories and how to enter are available at here

The Awards Ceremony, which will take place in Dublin’s Ballsbridge Hotel on Friday May 26th. The entry deadline on Tuesday, April 18