Windfarms have been effectively banned by Laois councillors

Decision may be ordered to be reversed by Minister Simon Coveney 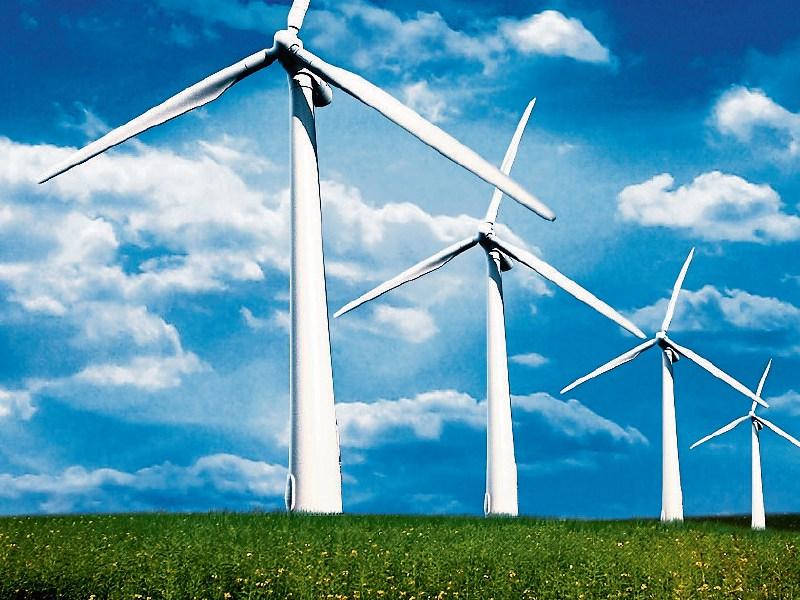 Councillors have effectively banned windfarms from Laois, but Laois County Council warns that it could be overturned by the Minister Simon Coveney.

Laois councillors already had put a 1.5km setback from roads and buildings, in the existing Laois County Development Plan, effectively ruling out new windfarms in Laois.

They went further when drafting the 2017-2023 County plan, at a special meeting on Monday March 20, which was also attended by members of the public concerned about turbines.

The council's CEO John Mulholland asked them to reduce the 1.5km setback, “in order to comply with National Policy and guidelines and ministerial advice”.

Councillors refused and then voted by 10 to 6 votes, to remove remaining areas in Laois that were still zoned as 'open for consideration' for turbines.

Mr Mulholland warned that the government would 'more than likely' step in.

“It's a very difficult matter for members in the absence of guidelines. If the policy is no, so be it, but it will more than likely invite a response from the dept,” he said.

Director of Services Kieran Kehoe said that it "clearly is a complete contradiction to national policy".

Cllr John King had proposed to remove all 'open for consideration' areas, including Spink and lands north of Mountmellick, seconded by Cllr Ben Brennan.

Opposing its removal to "keep control in Laois rather than give it to a Dublin official" was Cllr Jerry Lodge, seconded by Cllr Brendan Phelan. Their reason was that the 1.5km setback already eliminated the county for turbines, but leaving lands zoned showed some compliance with policies.

"We should have control, and leave some areas, or the department will come in and have them willy nilly," said Cllr Lodge.

Planner Angela McEvoy advised them that if there is a ministerial direction, it will delay the new county development plan from being adopted this July, until the end of the year, working off the old plan in the meantime.