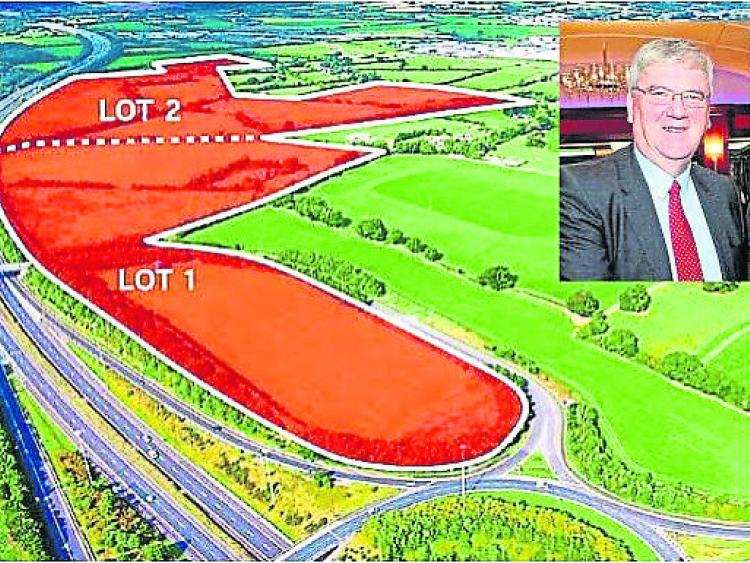 The man behind the Supermac's fast food chain is expected to begin the process of building a Portlaoise motorway services stop in the coming weeks.

The Leinster Express understands that on the back of the purchase of a key piece of land off the M7 motortway near Junction 17, Mr Pat McDonagh is aiming to repeat the success of Barak Obama Plaza at Moneygall.

Mr McDonagh already has a busy Supermacs outlet in Portlaoise and owns a hotel in the town. His chain is the anchor fastfood outlet in the nearby motorway services stops in Monasterevin and Ballacolla.

The site earmarked for the Portlaoise development is close to another hotel and food court located off the motorway which was developed by Laois builder Paddy Kelly. A planning application for to build a filling station was previously rejected.

The development of the Supermacs services station will have to get the permission of Laois County Council.

Laois councillors today, Monday, March 27 gave the goahead to the council's management to buy 76 acres land from Mr McDonagh which adjoins the site earmarked for the motorway services stop.

In the past few weeks, Mr McDonagh purchased the 109 acre NAMA controlled site for a price in the region of €3.25 million. The council will pay €1.75 million to the businessman for part of the site which it wants to use to attract jobs and investment to Laois.

The entire 109 sites was originally part of the council-backed strategy to build an Inland Port on Portlaoise's outskirts. The project was to have included transportation and distribution businesses taking advantages of Portlaoise's  location.

Public and private money was already invested in the site to pave the way for the Inland Port which fell foul of the recession.

Since the plan was hatched more than 15 years ago, Portlaoise has expanded rapidly with the addition of critical infrastructure for business.

It has also direct motorway access to Dublin, Cork, Limerick and Belfast.