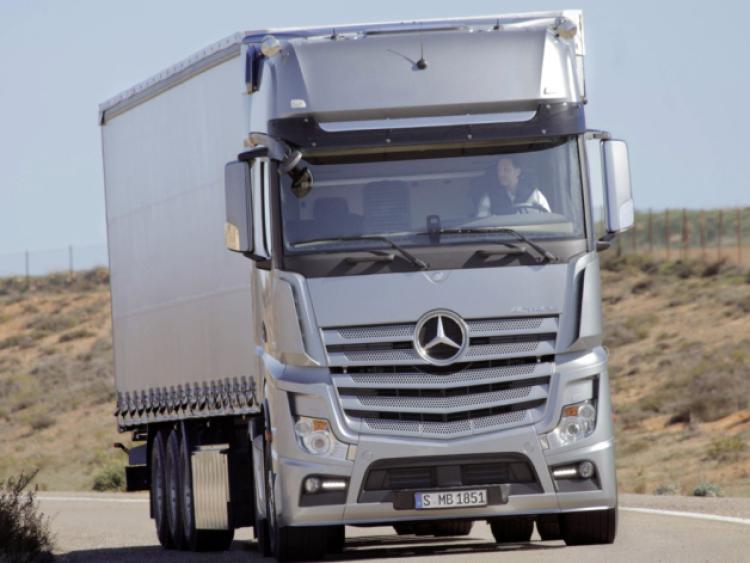 The removal of VAT from tolls in public ownership is set to have a costly impact on business according to the owner of one of the best known haulier firms in Laois who has also revealed the congestion facing Laois business and commuters who need to use motorways ever day.

Ger Hyland of Hyland Express in Rosenallis has 14 lorries on the road and one of his trucks crosses the M50 barrier free toll eight times a day costing €5.30 each time.

However, following a successful appeal against the Revenue tax to European Court of Justice by Transport Infrastructure Ireland (TII), the  VAT will be abolished from April but the cost of tolls will not be cut. TII will not cut the cost because it says it did not increase the toll with the tax came in.

Ger Hyland told the Irish Times that not being able to reclaim the VAT means an increase in his costs by more than 20%. He says the truck that uses the M50 also has to pay a €7.10 passage on the M4 but he can reclaim some of this cost because it is privately owned and therefore must pay VAT.

Mr Hyland said the tolls were fuel efficiency from motorway use made the tolls tolerable but traffic congestion on the motorways has eliminated savings.

He said the N/M7 from Dublin to Waterford  south of Naas was like a car park most evenings.

Mr Hyland said road tax for his trucks is significantly higher than competitors in Northern Ireland.

Following the ruling of the Court of Justice of the European Union on toll charges are not subject to VAT, the Irish Road Haulage Association called on the Government and Transport Infrastructure Ireland to postpone what would be a 23% increase on the M50 for its members.

Transport Infrastructure Ireland said it is not their problem it is Revenue’s and accordingly, the IRHA has requested a meeting with Minister Noonan and the Department of Finance.

President of the Irish Road Haulage Association, Verona Murphy, said the increase will cost the road haulage sector millions and could not come at a worse time.

"The Government must understand as essential road users its nourishment the haulage sector needs not punishment, particularly taking into account the draconian increase in the cost of insurance in recent years which crippled the sector and continues to so do," she said

Meanwhile, the Irish Times also reports that TII does not intend repaying motorists for the VAT paid by all toll users since 2010.