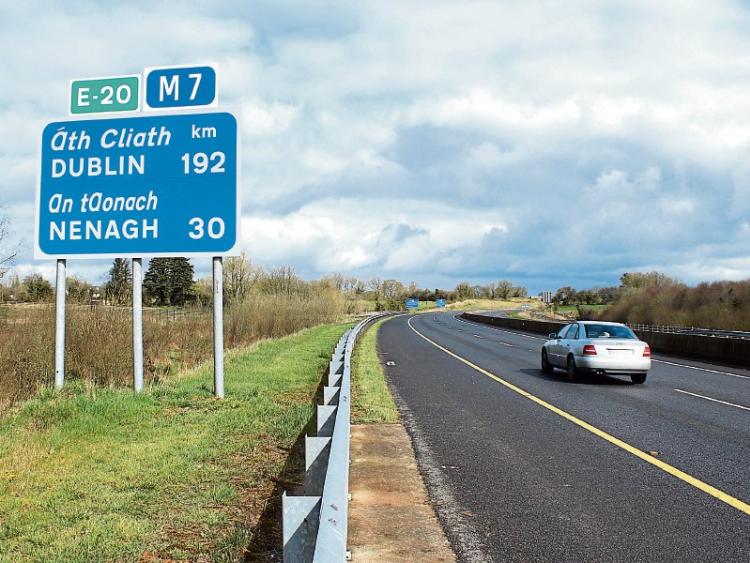 Tailbacks due to crash M7 .

Transport Infrastructure Ireland says the M7 between Borris-in-Ossory and Roscrea has reopened following an earlier collision.

Traffic congestion was reported this evening, Sunday, on the Limerick / Dublin road northbound between Junction 22 Roscrea and Junction 21 Borris in Ossory.

The roads authority, Transport Infrastructure Ireland (TII), said just after 6pm in a tweet that a full road closure East lane is in place.

Motorists reported traffic backed up after the Barack Obama Plaza service station Moneygall in the direction of Dublin.

TII tweeted at 7.30pm this evening that the incident was closed.