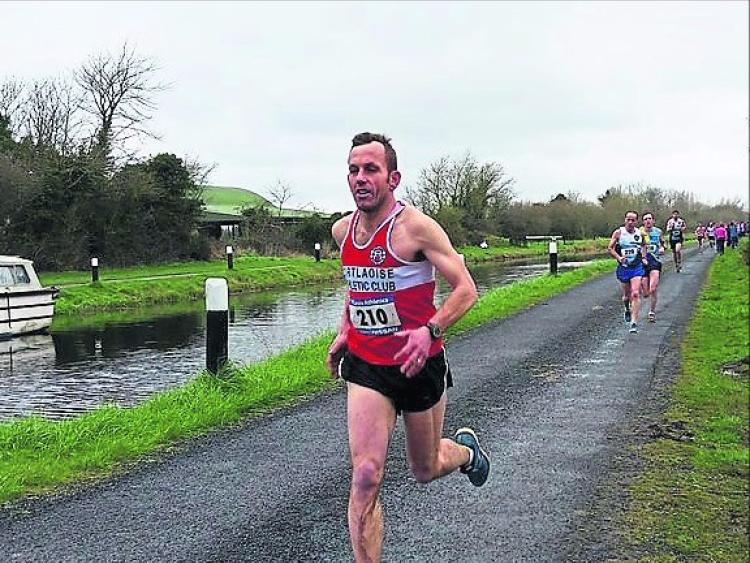 Portlaoise man, Richie Reid, who will be running to raise funds for Pieta House.

The father of a young Portlaoise man who lost his life through suicide just before Christmas is set to undertake two arduous physical challenges on the same day to raise funds for Pieta House.

Richie Reid, well known in the county town as a local postmen, and his wife Julieka Cahill were devastated last December when their son, Denis “Dinny” Cahill tragically took his own life.

Since then, the couple have thrown themselves into raising awareness of the difficult subject of suicide among the wider community, and have raised much needed funds for Pieta House, who provided counselling in the wake of their lost.

“I was totally ignorant until it came knocking on my door,” Richie told the Leinster Express. “It doesn’t matter who you are. We thought Denis was grand, he played for the Laois minors, he had his own car. I want to do something positive.”

So far, the family has raised some €1,200 for Pieta House. €500 of this was donated by the Portlaoise Athletic Club, of which Richie is a member, and the rest was the proceeds of wristbands Richie and his loved ones distributed to raise suicide awareness.

The wristbands were the idea of Denis’s good friend, Sarah Preston, and to date Richie estimates that around 1,000 of them have been distributed.

On Easter Monday, Richie will take part in a 5k charity run in Timahoe, to raise funds for Pieta House, who provided invaluable help and hope to Richie and his family in their time of need.

Also running on the day are the Timahoe Ladies Football team, who will be raising money for the Cuisle Centre. There is no time limit and no prizes, as the run is simply a charity event to raise money for these two worthwhile causes, with a cake sale and lots of family fun also planned on the day.

If that weren’t enough, Richie will also be undertaking the Herculean task of completing two exerting charity endeavours in one day, when he performs a 5k run beginning at 4.30am on May 7, followed by a cycle from Carlow to Dublin beginning at 1.30pm. All proceeds from this will go to Pieta House.

He will also be going into local schools in May during Suicide Awareness Week, sharing his experience and talking to the students on this difficult subject.

He emphasised that Pieta House operates a 24-hour helpline for anyone experiencing difficulties who needs someone to talk to.

“There is somebody there to listen,” he said.