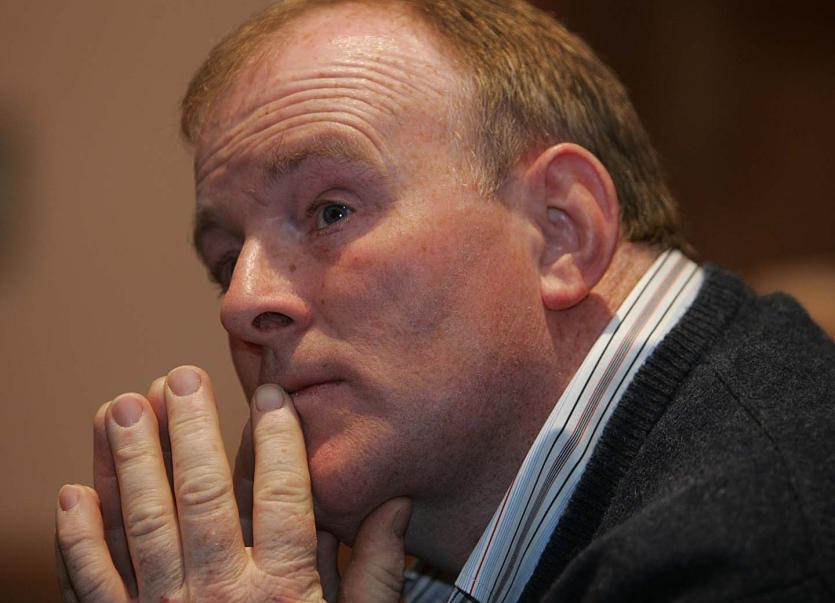 Laois IFA Chairman, Francis Gorman offered some frank views when he spoke about the impact of Brexit on farming at the Fine Gael information meeting in the Portlaoise Heritage Hotel on Monday night.

He said that he personally was not worried about farmers in England or Northern Ireland. "The fact of the matter is that those people stood on the sidelines while that debate happened in England.
"They are venting their views and opinions now that the decision has been made. I don't see too many of them trying to change even the mindset of those who are going to make the decisions in Westminister.

"We are at two polar opposites. What Europe wants and what Britain wants at the moment are completely at odds with each other.
“The free movement of people is one of the cornerstones on which the EU was founded and yet you have Britain deciding to close their borders and deciding who to let in and who to let out.

"From my own viewpoint as a drystock farmer we exported 270,000 tonnes of beef to Britain.
"That is approximately 800,000 head of cattle, give or take, and, at €150 a head, which is 12 per cent of a drop in the price of a finished animal, that is €120 million for one part of one industry.
"That does not take into account the losses in the dairy sector, the grain sector, the sheep and forestry sectors, or any other industry.

"I have seen plenty of fancy talk about concerns and we are taking your concerns on board.  No one will tell us what those concerns are.

"My concern is how am I going to stay in business. How will that €150  a head for beef animals be made up to me if it cannot be got in the marketplace.

"The truth  is we have lost out already over the last ten years. What disappointed me most about the last Budget is that, a few months after the Brexit vote, we had very few measures in that Budget which reduced the cost of us doing business. That could be through taxation or financial measures.

"We are been ripped of in terms of what we have to pay to borrow money in the banks, and there is very little been done about it at government level.
“If we want to try and surviveand make a success of it, the  first thing is to see what can we do in Ireland at Budget and Government level and, then in Europe, what can we do to make the cost of doing business cheaper."