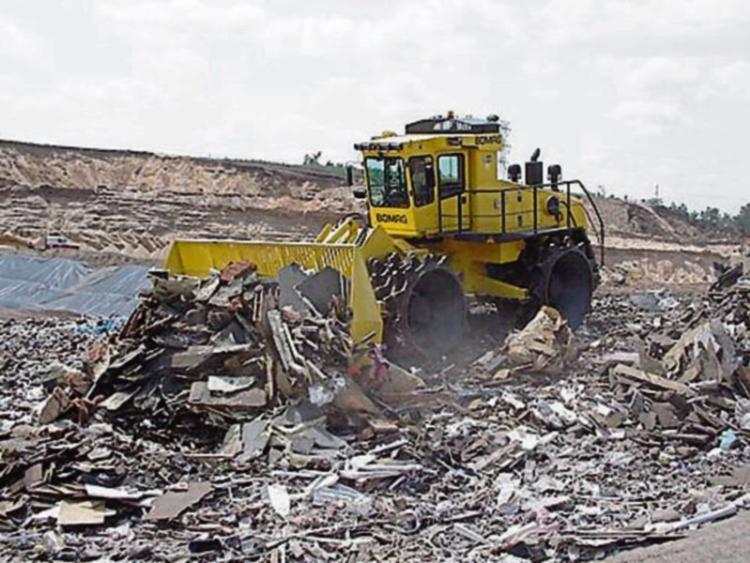 Kyletalesha Landfill in Laois is set to reopen for builders waste this month with the council set to earn €1 million in the process.

However, councillors say that it will cost too much for local people, fearing the capacity may be “swallowed up” quickly by big national firms, leaving locals nowhere in Laois to dump construction or demolition (C&D) waste.

The C&D facility at the county landfill will raise over €1 million for Laois County Council. It is licenced to take a maximum of 50,000 tonnes of waste a year, with a total capacity of 200,000 tonnes. It will cost €5.50 per tonne, or €15 minimum for a load.

The CEO John Mulholland believes the price is right.

“It’s not easy to run because of environmental laws. If you go for a bottom price you won’t cover the costs for aftercare and monitoring. Say we charged €3 a tonne, there’s a big risk someone could come and say 'I’ll take it all'. We have to keep it local and reasonable. The target is about right, some markets charge way more,” he said.

He said EU regulations ended the dumping of building waste on farmland.

“Twenty years ago you could do it, and cover it with topsoil, those days are gone. There is an acute shortage of places to dump waste on the Eastern seaboard,” he said.

Cllr Willie Aird had asked for details at the April council meeting.

“I don’t want to see some huge company coming in swallowing up our quota, where the people of Laois are doing small construction jobs, and our facility is gone for the year. Protect some for the people it was brought forward for,” he said.

His motion was seconded by Cllr Paddy Bracken who asked if the cell will stay open longer than four years if it is not full, to hear it would .

The possibility that prices could be cut down the line, was “unfair to small local businesses” who may have paid full price said Cllr Catherine Fitzgerald.

Director of Services Donal Brennan rejected the idea of setting aside some volume for Laois businesses, saying “we can’t ask for passports”.

He claimed that the council is new to the market.

“There is a shortage nationally for placing C&D waste. We are aware that if we put the price too low, we’ll have large imports. We’ll see what the market says. If we get less than the 200k over four years, we can stay open for longer,” he said.

Cllr Fitzgerald was “extremely disappointed” on behalf of small local businesses who could pay full price to see it later be discounted.