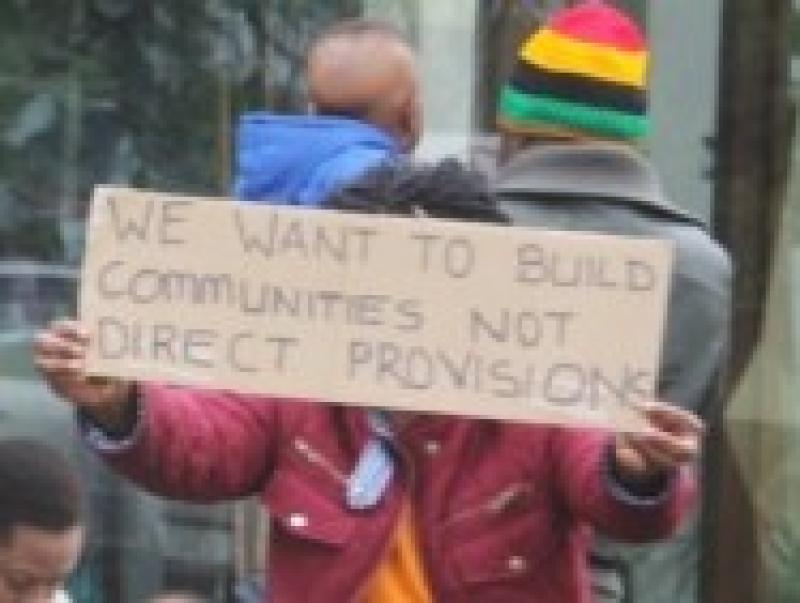 The spending of public money on housing asylum seeker direct provision centres in Laois and other counties is to be raised with the Department of Justice by a Dáil committee chaired by Laois TD Seán Fleming.

The former Montague Hotel in Emo, not far from Portlaoise, is used as a direct provision centre. The building, located on the old Dublin Cork Road, is owned and run privately. It has capacity for 202 people but had 16 'vacancies' according to the latest data from the Reception and Integration Agency.

Deputy Fleming is Chairman of the powerful public accounts committee. It will be trying to find out how money is spent on in the Montague and other centres. Protests have been mounted at the hotel in the past and Portlaoise's priests have campaigned to end its use because of the conditions in which it forces people to live.

“In relation to procurement and management of contracts for Direct Provision, suppliers of direct provision accommodation at commercially owned and operated centres have been paid €251m over the five years to 2015. We will be asking the Department to outline the details of the Department’s approach to securing direct provision accommodation and how rates paid to suppliers are determined.

"In the absence of a competitive tendering process for the procurement of this accommodation, we will want to know how the Department can satisfy itself that value for money has been obtained for the significant sums paid," he said.

The Laois Fianna Fáil TD said people continue to live in direct provision despite the fact that their cases have been given the right to live in Ireland permanently.

“At August 2016, a significant number of people whose cases have been finalised continue to reside in direct provision centres. One in six direct provision residents have been granted status permitting them to remain in Ireland. The Committee will be interested to determine what specific assistance the Department provides to help persons move to permanent accommodation and what is the process involved,” he said.

The former Hazel Hotel in nearby Monasterevin has been used for some Syrian refugees.

The Department of Justice is due before the committee on Thursday, May 11.