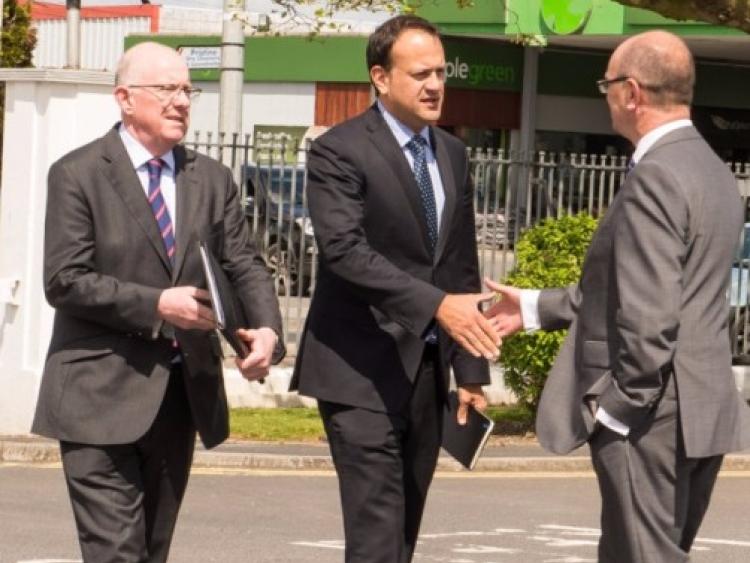 Minister for Foreign Affairs and Trade, Charlie Flanagan and the then Minister for Health, Leo Varadkar. Photo: Denis Byrne.

Speaking to the Leinster Express, Portlaoise-based Cllr Willie Aird, said that, while it was very early in the process and he had not heard the view of the public, he was leaning toward the Dublin TD.

"If I was to vote today, I'd say I'd vote for Varadkar," said Cllr Aird.

He insisted that he had his mind made up and wanted to gauge public opinion before deciding which man to back. But the Laois county councillor, who as topped the poll in the Portlaoise area in a number of elections, said his early view was motivated by view that change of direction is needed and political geography.

"Traditionally, a Taoiseach based in the captial - Dublin - carries weight as regards swaying a seat and that is going to be a factor," he said.

He said the public can be 'nervous' of what Minister Varadkar has to say which can go down will with some. On the other hand he believed that people know where they stand with Simon Coveney.

While Minister for Health, Leo Varadkar dealt with the fall out from the controversy that engulfed Portlaoise hospital. He traveled to Portlaoise on a number of occasions meeting bereaved parents and staff at lenght. He also met a delegation of Laois politicans on the future of the hospital.

Cllr Aird said he would want to hear from both candidates what there view they have the future of the hospital.

Cllr Aird praised the Enda Kenny for his common touch but also his constant connection and availability to county councillors.