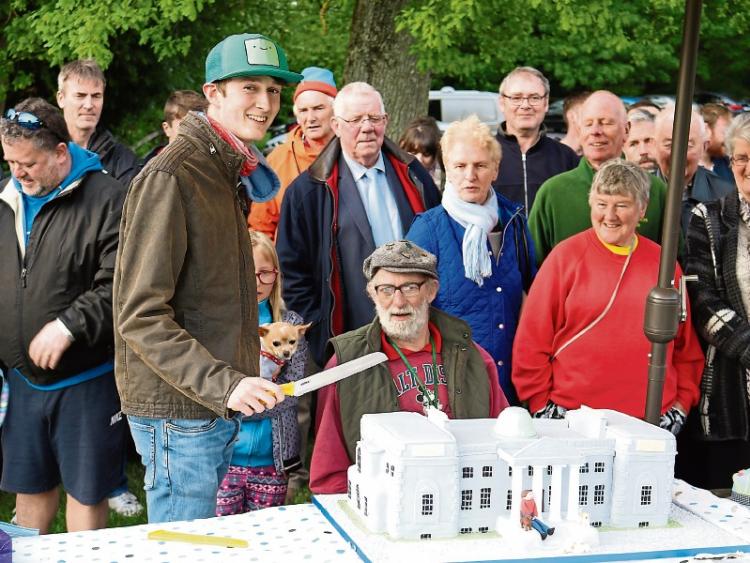 The State body that manages Emo Court has apologised to the 40 visitors locked in at Emo Court last month but has not outlined any changes to security at the site.

About 40 people and 16 vehicles were locked in without warning until after darkness fell on Sunday night May 14, by a security firm operating on behalf of the Office of Public Works (OPW).

The people were taking part in the 'Emo Court Peaceful Picnic Protest', to highlight the cuts to access.

The exit gate was locked without warning at 9.05pm and the security man left. Closing time is 9pm.

The group eventually called Gardaí to ask for help, after calls to the security firm had no result. It was 10.15pm and fully dark before the security man returned to release the visitors, which included a man in a wheelchair.

In a response to a query from the Leinster Express, the OPW said it was conducting an investigation into the incident. After a further query on how that investigation was going, the OPW has now apologised for any distress.

“The OPW carried out a review of this incident and considered reports from the Head Gardener at Emo Court, the security operative from Key Guard Security who was on duty that evening and an account from a member of the public who was on-site on the evening in question. We have also researched and reviewed various reports in local media and in social media online.

“While the incident was unprecedented, this Office acknowledges that the manner in which it was dealt with falls short of our own high standards of public service. We unreservedly apologise for any distress caused to those parties involved in this incident,” the OPW states.

They have offered to meet with local residents.

“The OPW Heritage Services staff would be happy to meet with local residents to further discuss their concerns regarding the opening hours of Emo Court”.

The OPW declined to say what changes, if any, would be made on foot of the incident, or if there would be any reprimand for staff.

The event was organised by Emo resident Jody Mulhall, who is on the ASD spectrum. He organised it on his 21st birthday. The gathering included his family, friends and and members of Mountmellick Macra.

Jody and his mother Louise Drew welcomed the apology and they ask the OPW to now arrange to meet residents, about better access.

“Nobody we know was contacted by the OPW. We would also like a local security firm or CE workers to shut the gates, so they can return quickly if anyone is locked in,” Ms Drew said.

She has rejected any claims that the protest became in any way aggressive or threatening.