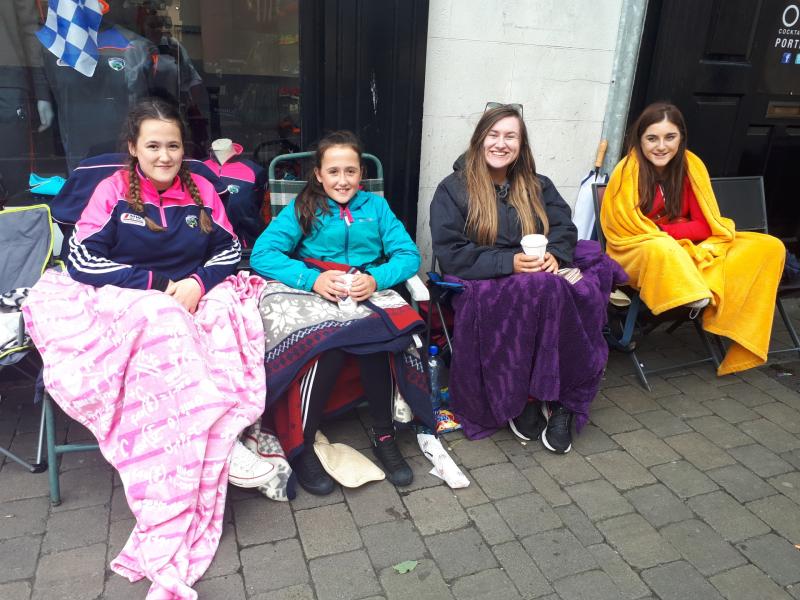 Twenty-four hours before Ed Sheeran's concert tickets go on sale, a queue for tickets has gathered in Portlaoise.

There are around 15 people waiting outside Colgan's Sports shop where the tickets will become available at 9:00am on Saturday. 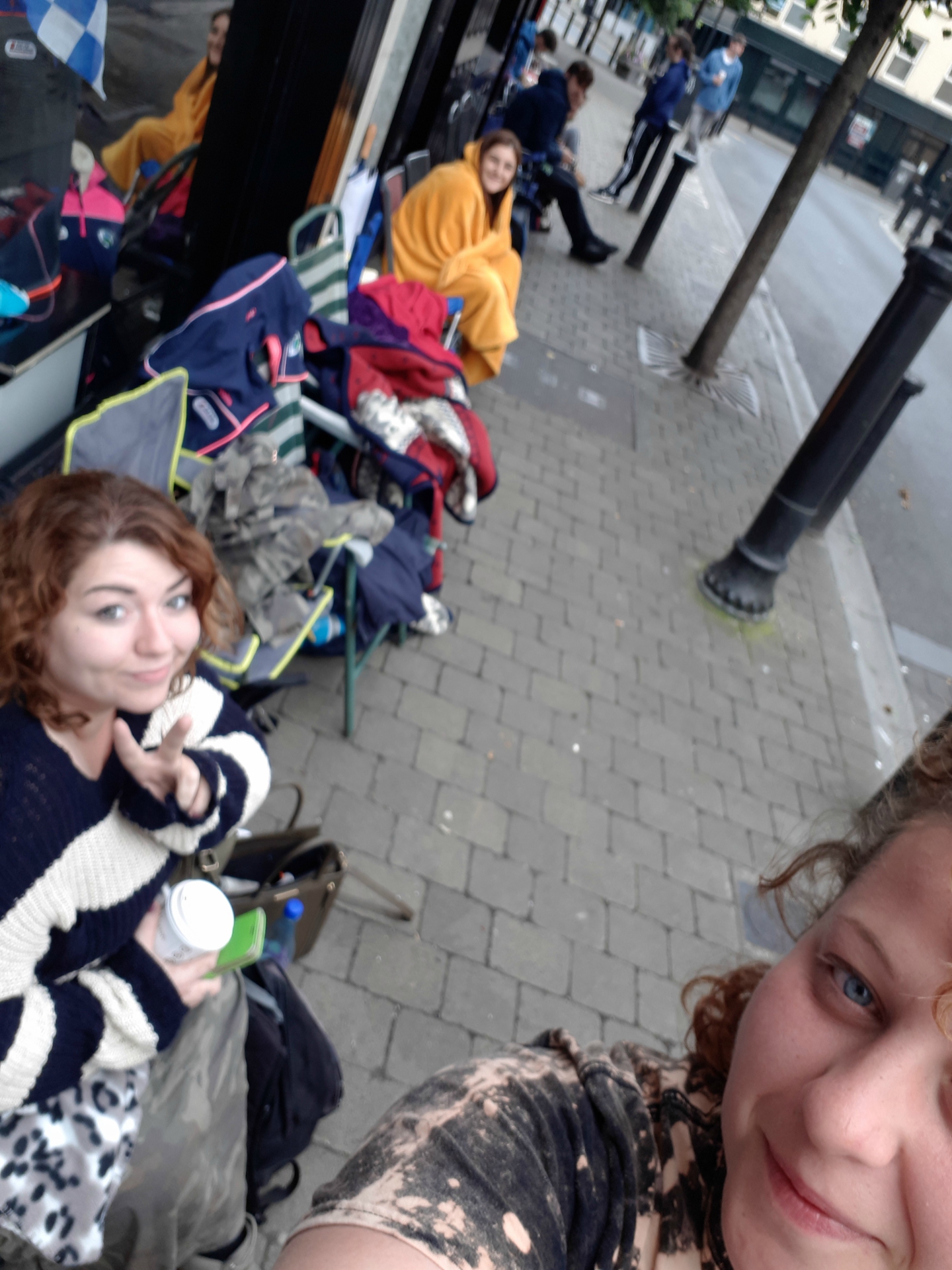 Jackie Owen and Grainne Gavin from Portlaoise, pictured above, are at the top of the queue and have been waiting at the shop since 4:30pm on Thursday afternoon.

Neither of the girls have been to an Ed Sheeran concert before but they said he is a "ginger genius".

"There were people here last year trying to get tickets and if they were 15th in the queue all the tickets were gone so we said if we got here early we would get a ticket," said Jackie.

The girls sat outside the shop all through Thursday night and got around two hours of sleep.

"It was funny, it was a laugh, there was young lads and messes around. It wasn't cold except this morning because we are tired. One of the girls with us left her car there and two young girls slept in the car with her because there was a few of us we didn't mind," added Jackie.

"The only reason I am doing this is because next year when the concert is on is the week of my birthday. Last year I couldn't queue or go to the concert because of work," said Grainne.

Three of the girls are taking shifts sitting at the top of the queue because one of them has to go to work, one of them is coming back from work and the other is on her day off and has a little girl at home to mind.

"I think it is more for the craic that we are doing it than anything else," added Grainne.

Honor Byrnes-Mooney was disappointed to be 6th in the queue.

"I didn't think there would be as many people, but a girl Snapchat me saying there was a queue last night so my mam got in the car and rushed my brother down and he stayed out all night. He said it was good craic," said Honour.

"I was queuing here the last time Ed Sheeran had tickets on sale for the 3 Arena, I queued overnight and when I got to the door they told me there was none left," Honor explained.

Each person can get a maximum of four tickets so technically Honor is 21st in the ticket queue assuming each person ahead of her buys four tickets.

"I went to his concert in Croke Park last year but I couldn't get tickets to any of his other concerts online, when I went online it just shut me out of all of the stuff. I think it is easier if you come here early enough because you are guaranteed a ticket," said Honor.

"I missed out last time and I am not missing out again, I tried online last time on my laptop and my four phones and none of them got into it so I am not taking the risk this time" Eimear said.

There are around 15 chairs in the queue at the moment, all with just under 24 hours to wait.