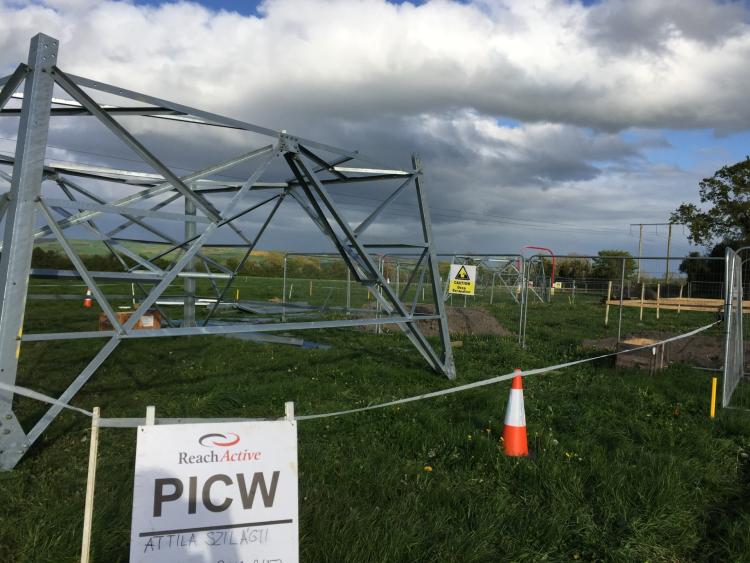 An Bord Pleanála has confirmed to the Leinster Express that it has set a date of October on a application lodged by Eirgrid in June to alter planning permission granted for a major electricity substation in Laois. This is a key part of the Kilkenny Laois reinforcement power supply reinforcement project.

An official with the appeals board told the Leinster Express that the application is being reviewed as to whether it amounts to material change in the permission granted in April 2014.

An Inspector appointed to investigates is expected to decide shortly what to recommend to the appeals board. If the application is deemed to be materially differant from the original planning permission, then the public and all interested parties will be able to make new submissions.

Such a move is set to delay the project further. EirGrid drew up plans for the substation in 2011 but had to wait on until 2015 to push ahead after residents lost an High Court action against the project.

If An Bord Pleanála decide that EirGrid's application is not materially differant from the original application, then the application will be processed internally. However, a delay is also certain in that case as an inspector will have to examine the application, write a report and make a recommendation.

The delay is of EirGrid's own making. In April 2017 it pushed ahead with the erection of a 'temporary pylon' and related works to facilitate the major construction project. Its partners ESB Networks told Laois County Council at the time that the work was an exempt development that would not need planning permission.

However, the work came to a sudden halt after the Ratheniska, Timahoe, Spink Substation Action Group blew the whistle. They discovered that planning clearance had not been given for the pylon. Laois County Council subsequently served an enforcement notice on EirGrid threatening multi-million euro fines if the work did not stop.

For its part EirGrid admitted that it acted without the correct planning clearance and apologised to residents and the council.

It also pledged to remove all work carried out to date and restore the land to its original state. However, it also applied to An Bord Pleanála for permission to erect the pylons.

"The Laois-Kilkenny Reinforcement project is a €110 million investment that will ensure that the electricity network can meet the needs of all users, from homes to farms, and small businesses to industrial customers. It is a critical piece of national infrastructure," EirGrid told the Leinster Express.