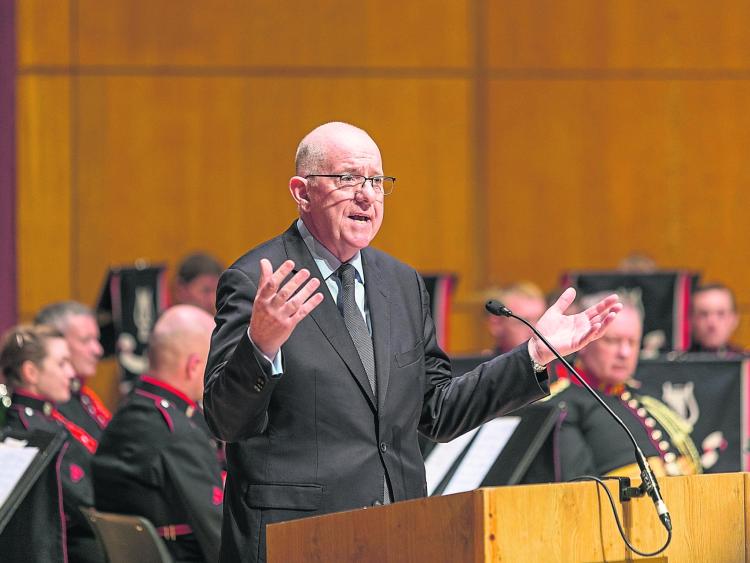 Solidarity TD, Paul Murphy has accused the Justice Minister, Charlie Flanagan of defaming him in a Dail exchange this week.

In a letter to the Ceann Comhairle, Deputy Murphy states that Minister Flanagan made "a defamatory accusation implying that Deputy Murphy had previously made threats against members of the House or others."

The letter to the Ceann Comhairle, is signed by Solidarity TDs Deputy Murphy, Ruth Coppinger and Mick Barry.

The Taoiseach, Leo Varadkar is also accused of defaming Deputy Murphy and being in breach of Standing Order 61 for his comments during Leaders’ Questions on 12 July.

The letter states: "Responding to the question the Taoiseach Leo Varadkar said, 'It may well be the case that the Deputy was not engaged in kidnapping, but it was thuggery and your behaviour was wrong.' This is a direct accusation of thuggery and is defamatory.

"He further remarked, “The protest was ugly, it was violent, it was nasty.” This is an allegation that Deputy Murphy was involved in a violent protest, which again is defamatory.

"During these exchanges, Minister for Justice Deputy Charlie Flanagan said “More threats”. This is a defamatory accusation implying that Deputy Murphy had previously made threats against members of the House or others.

The letter concludes: "Deputy Murphy has been found not guilty of false imprisonment. It is also a matter of public record that Deputy Murphy never engaged in, nor encouraged violence or threatening or abusive behaviour in any way. Deputy Murphy is entitled to have his good name and integrity upheld against these allegations and insinuations.

"We believe that the defamatory nature of these remarks may not have been apparent to the Ceann Comhairle at the time, and in line with Standing Order 61 (3) would request that you consider the remarks made by the numerous Member of the House outlined above."