1,000 cranes to fly in Portlaoise for charity

Be part of unique fundraiser for cancer charities including Cuisle Centre 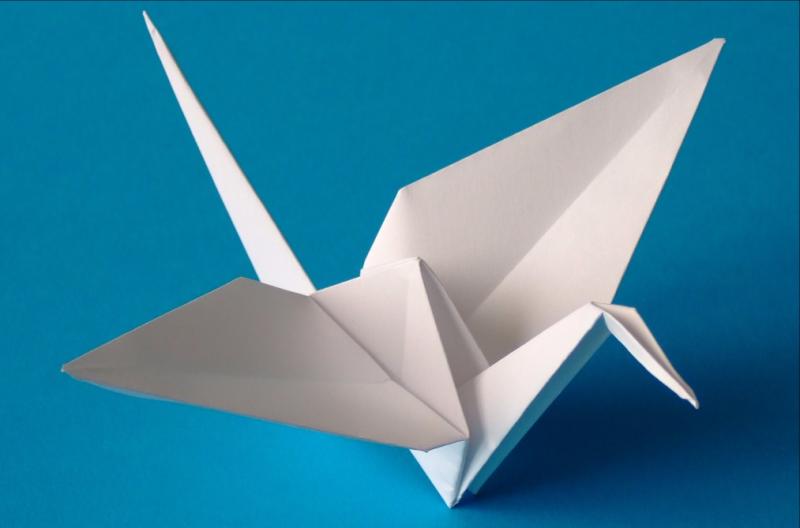 A unique fundraising initiative featuring the Japanese art of origami takes off in Portlaoise this week, with the goal of raising money for a number of worthwhile charities including the Cuisle Centre by the creation of 1,000 paper cranes.

The 1,000 Paper Cranes Project, organised by The Kiki Theatre and Performance Group, Clonkeen, Portlaoise, is inviting everyone to participate in creating a thousand origami cranes in two days, to celebrate the 60th anniversary of diplomatic relations between Ireland and Japan.

Origami workshops will run consecutively at various locations in Portlaoise this weekend, and members of the public along with community groups, clubs, sporting organisations and individuals are invited to create origami cranes and celebrate the art of paper folding. People of all ages and abilities will have the opportunity to be part of this amazing gift, which will be sent to the Hiroshima Peace Park in Japan.

The cranes will be made from green, white and gold origami paper and when completed the thousand cranes will feature in an exhibition in the Cuisle Cancer Support Centre during the origami festival, August 26 to September 3, and will then be sent to the Hiroshima Peace Park.

The origami challenge takes place at the Dunamaise Arts Centre, the Methodist Church Community Hall, the Kyle Shopping Centre, and Laois Shopping Centre, from 9am to 6pm, this Friday, July 28 and Saturday, July 29. It also takes place at Kilminchy Nursing Home, from 10.30am to 12pm on Friday, and Ballard Lodge Nursing Home, from 2.30pm to 5pm on Saturday.

The origami festival will then open with a function in the Dunamaise Arts Centre on Friday, August 25.

All proceeds collected shall be divided and donated to the Relay for Life Japanese Cancer Society, the Cuisle Cancer Support Centre and the Irish Cancer Society.

The project has been inspired by the story of Sadako Sasaki, who lived in Hiroshima at the time of the atomic bombing. After being diagnosed with leukaemia from the radiation, Sadako began to fold origami paper cranes in hopes of making a thousand of them. She was inspired to do so by the Japanese legend that one who created a thousand origami cranes would be granted a wish. Her wish was simply to live.