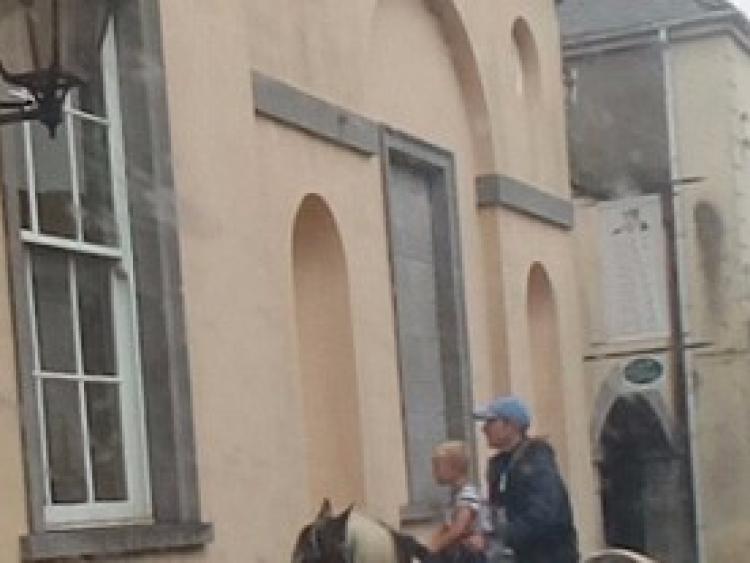 A couple of weeks ago, Portlaoise Courthouse was the focus of much attention when two teenagers were seen shifting in the back of an RTE News report.

The spotlight has returned to Portlaoise Courthouse again but this time it is because of the mode of transport used to get there and a slight parking issue. 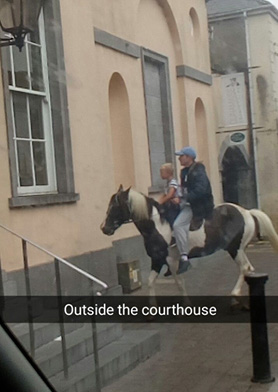 Local businesses and politicians have called for the building to be moved off the Main Street in the past and a new site has been earmarked for the move.

Sean Fleming TD has recently welcomed progress being made on the new site for the Courthouse to move it out of the town centre.

A certain song by The Rubberbandits comes to mind.