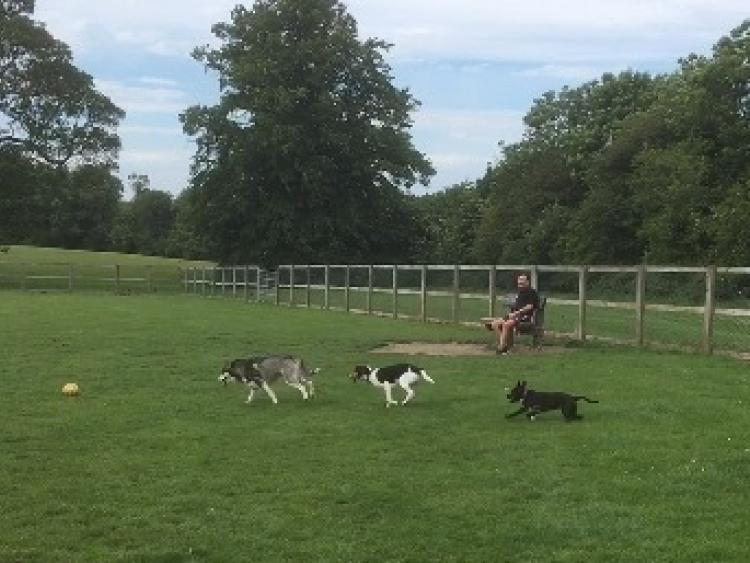 A dog park in Clondalkin

Portlaoise resident Katia Ward started a petition last June to ask Laois County Council to provide a fenced off park to let dogs run free, and it has so far gained 412 signatures online.

Now local councillors have given the idea their support, following a motion by self confessed dog lover, Labour Cllr Noel Tuohy at the July 31 council meeting.

He had been presented with the petition by Ms Ward.

"As a plus, it would take dogs off the street, to bring them into a dog run. There would be strict guidelines. The group have suggested St Fintan's, or to section off a park in Portlaoise. We are dog lovers by nature, and the response around the town has been huge to this," he said.

"Portlaoise is now the biggest town in the midlands and I believe it warrants a designated area for this. We are a bigger town with a hugely growing demand for facilities for pets. It behoves us as a council to provide at least some of the amenities," he said.

Cllr Tuohy says a similar park planned in Naas is expected to cost €5,000 to install.

The reply from Laois County Council is that the request will be referred to the SPC committee that deals with transportation, environment and emergencies.

Cllr Willie Aird supported the motion, but suggested the park be on sand.

"The streets have gone too dangerous with breeds. For senior citizens a dog can be their greatest companion. We have the highest proportion of dogs nearly in the world, we should give this opportunity to people," he said.

Cllr John King from Rathdowney was perplexed however.

"I don't know what to say. We will be looking at a pets hotel next. A dog won the British talent competition, we'll soon have one on the council," he said.

For more on the petition read here.