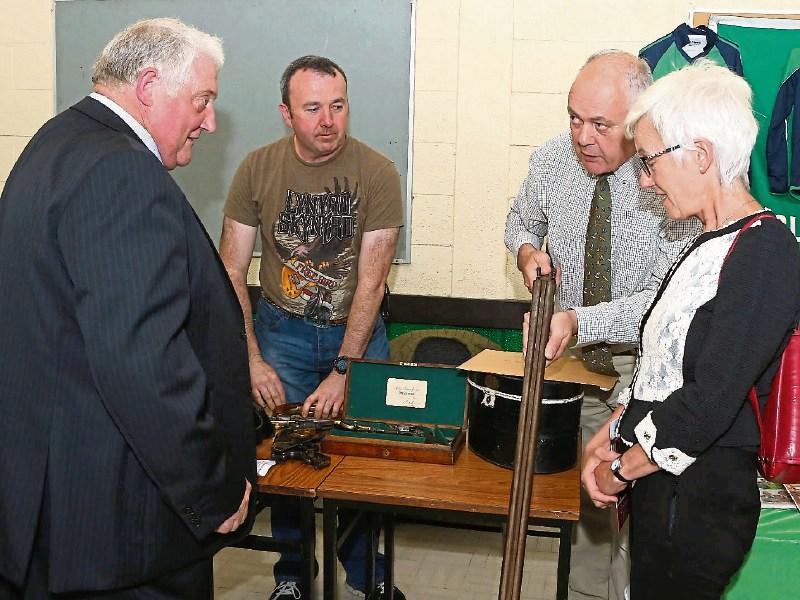 The rich tapestry of what Laois has to offer was evident in the Pride of Place judging which took place last week.

It's also apparent in the Durrow Scarecrow Festival which is now underway.

The Pride of Place judging took place in Rathdowney, Errill and Mountrath.

The competition recognises the initiatives taken by local communities to create pride in their area and to celebrate the vital contribution that community groups make to society.

The pride that people take in their own community was manifest to everyone as the judging got underway.

The active demonstrations of how individuals are working together to make their local communities better places to live, work and visit was indeed heartening to see.

In Mountrath they saw a community in microcosm when they visited Kiln Lane.

The residents showcased their community building and polytunnel, as well as their neighbourliness and the critical role it has.

It was similar in Rathdowney and Errill on Thursday afternoon.

Included here was the Youth Cafe and Men's Shed in the renovated convent school, as well as the Tidy Towns in Errill.

What was evident here was the resilience of a community which has weathered difficult economic times, but which has strove to improve and develope its area.

Of course, as the Chief Executive of Laois County Council acknowledged, this work is undertaken with the assistance of local and national agencies.

However, the initiatives do have to come from the ground up, and in these three areas they have, with considerable success.

Similarly with Durrow and its Scarecrow Festival.

Within the space of a few years it has become one of the country's best known festivals and one of the county's top attractions, and has received national and international recognition.

Again it was conceived and produced by the local community and has gone from strength to strength each year.

The crowds visiting Durrow over the weekend bear testament to this.

As with Rathdowney, Errill and Mountrath, all must be congratulated for their sterling efforts.