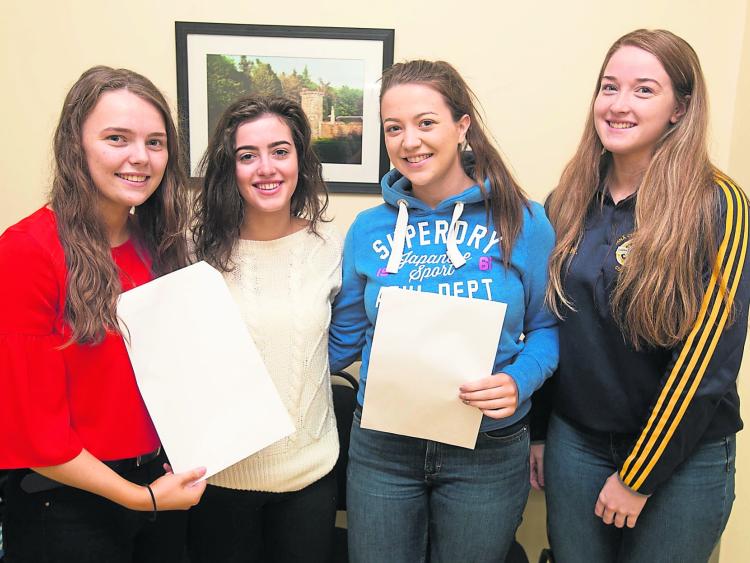 An estimated 90% of the Leaving Certificate students of Heywood Community School in Ballinakill will be going on to third level education.

Some 115 students sat the exams in the school this year and principal, Philip Bowe revealed that the highest score was the full points total of 575 achieved by one male student. He estimated that around 10% of the students got over 500 points.

Mr Bowe said he was very pleased with how the school had fared and there were no particular subjects that caused any difficulty for the students.

“We’re all very happy, we’re delighted to see everyone achieving their full potential,” he said.

The principal said that he was hopeful that most of the students will get their preferred first choice places in third level education.

He estimated that over 90% of the students should be going on to third level this year, a marked increase on last year’s figure of around 80%.

Speaking to the Leinster Express last week, Mr Bowe said that it would be interesting to see on the following Monday how the new points system works out for the students.

The principal was still working through the results when contacted by this newspaper and said that under the new system it was taking a little bit longer to ascertain exactly what marks were obtained.

It used to be just a matter of looking down through the results to see the As and Bs, but now with the use of H1, H2 etc it was more difficult to compare the results to past years, he said.

The emphasis has now been taken off grades and Mr Bowe praised the new system, as it used to be the case that an E grade was just a fail but now a mark of 37 points can still come in useful.

He also expressed his thanks to the hardworking staff of the school, whose dedication to the students has clearly paid off.